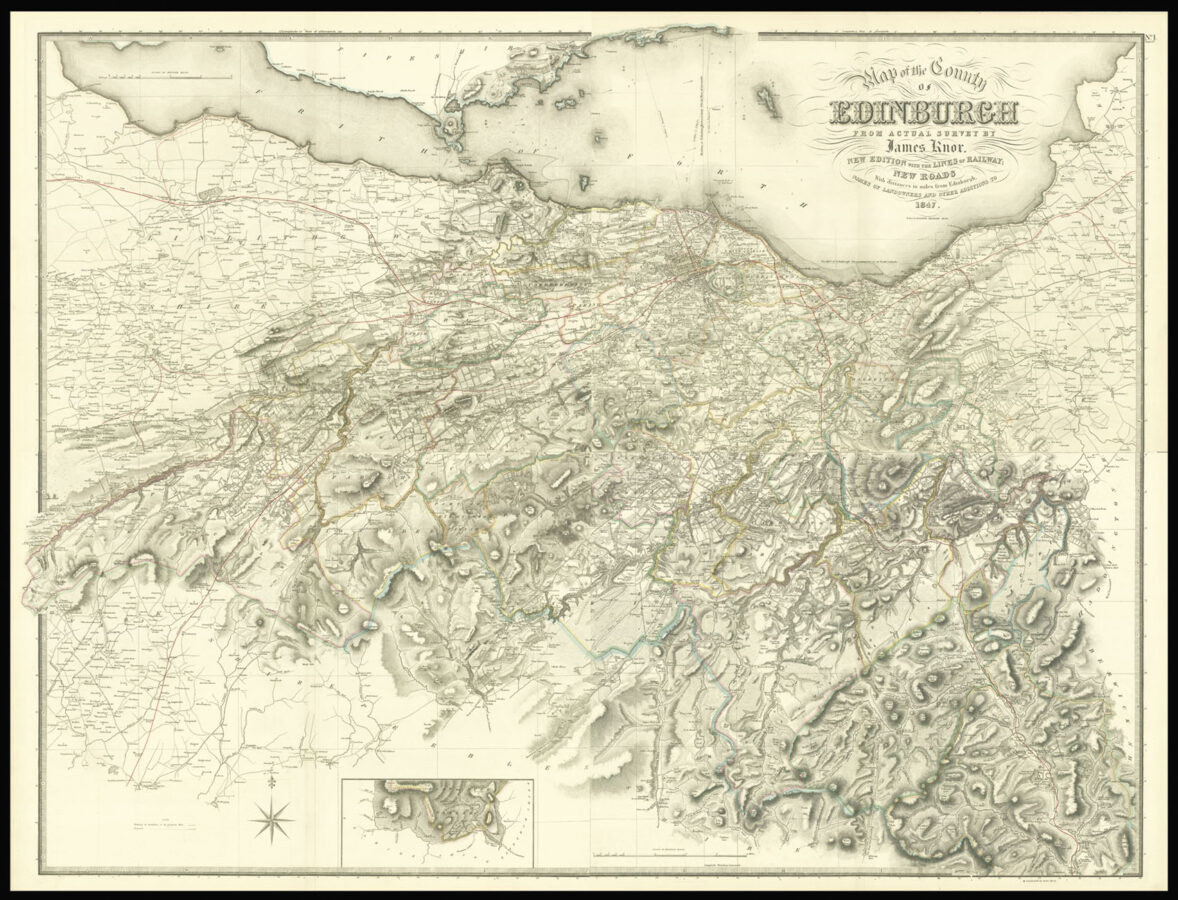 Map of the County of Edinburgh from actual survey by James Knox, New Edition with the lines of railway; New Roads With distances in miles from Edinburgh. Names of Landowners and other additions to 1847.

Large-scale map of the Midlothian.