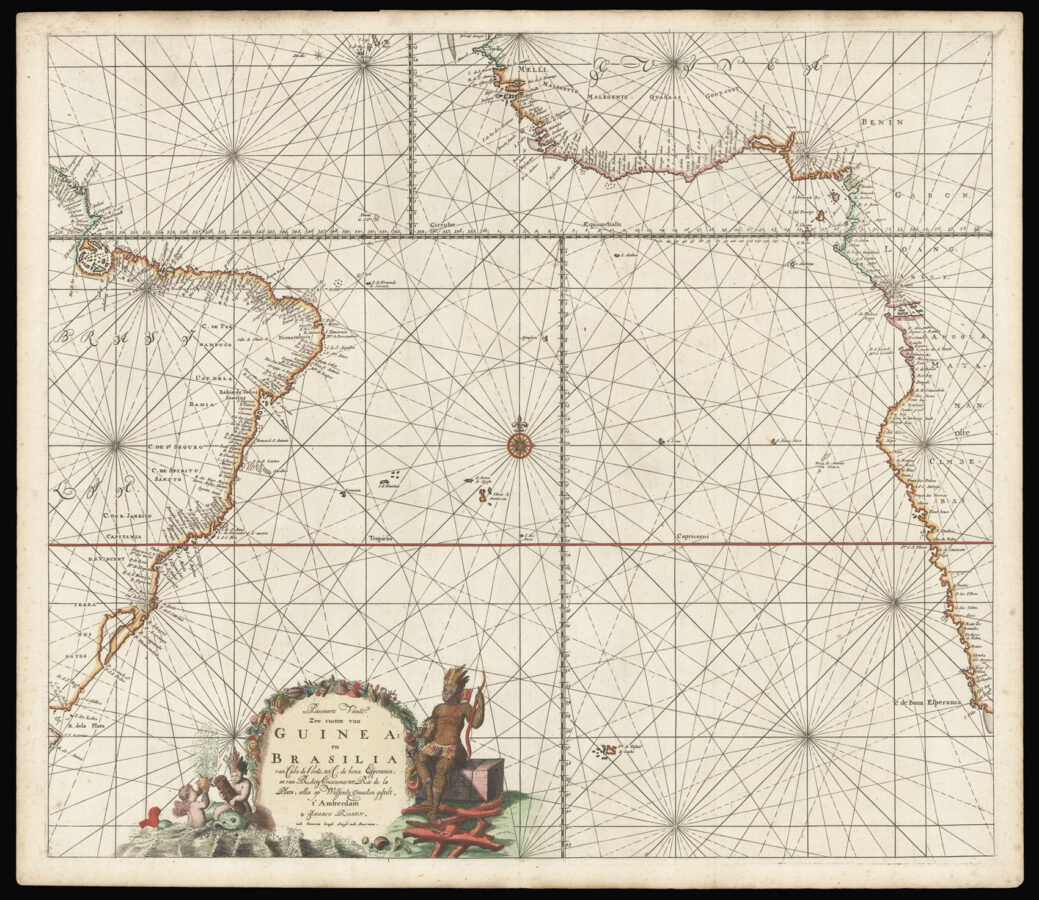 A very early and rare example of Robijn’s chart of the south Atlantic Ocean, showing the coastlines of eastern South America and western Africa.

The chart was subsequently published in Johannes van Keulen’s ​‘Zee-Fakkel’ from 1680. In 1679, Robijn and van Keulen had briefly entered into a partnership to publish and atlas of charts together, however van Keulen issued the atlas solely under his own name from 1680. The chart is based on information first published by Willem Jansz. Blaeu in his ​‘West Indische Paskaerte’ of 1630. Robijn purchased that plate in one of the many auctions of the Blaeu’s stock in 1674. The firm had suffered a devastating fire in 1672, and his son Joan Blaeu had died in 1673. He issued his own example in about 1674, then sold the plate to Pieter Goos’s son Hendrick in about 1678.

The map is known in only one other complete example, bound in an atlas now at the BnF, dated 1666. The BnF holds another example, but only the western half, with the privilegio, which Robijn acquired in 1686.