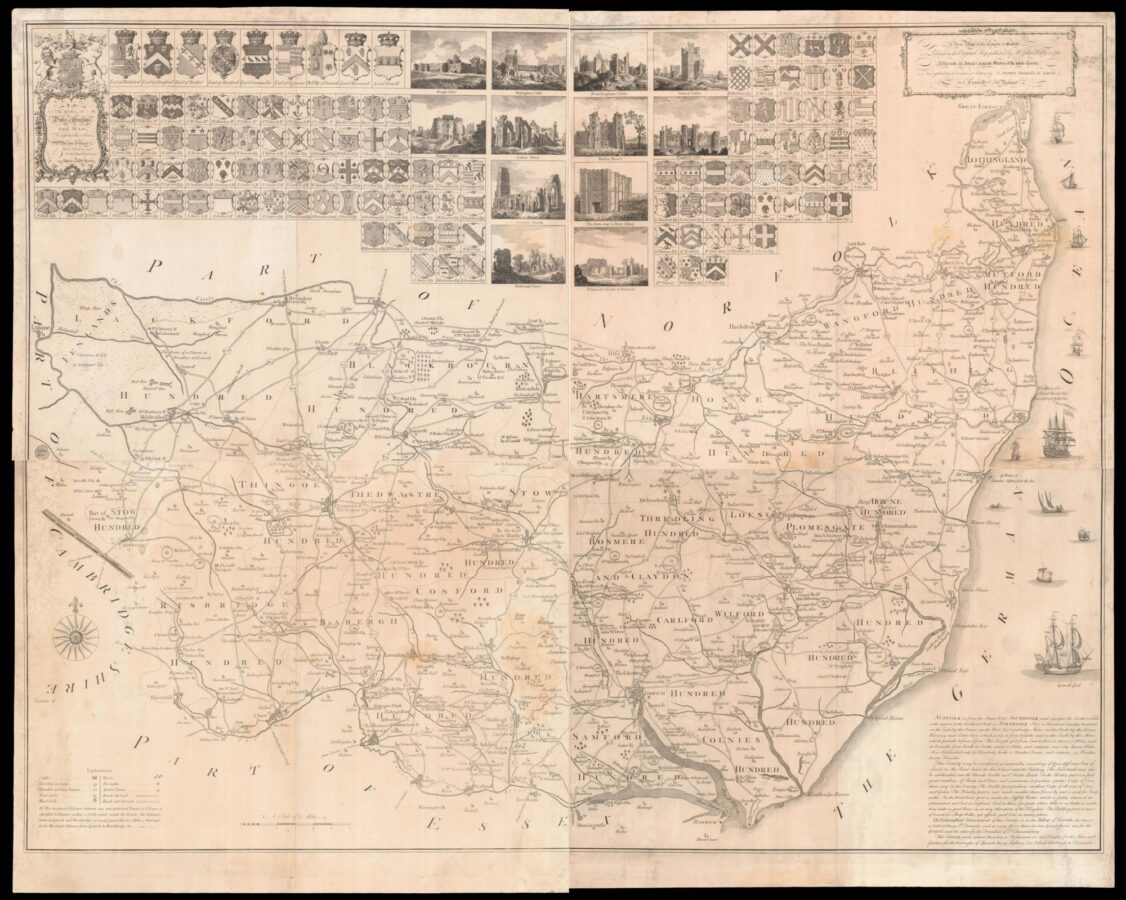 A New Map of the County of Suffolk.

A rare republication of an early map of Suffolk.

John Kirby (c1690–1753) was a surveyor and topographer. According to his grandson William, the family was descended from a north-country royalist who emigrated to Suffolk. Kirby began surveying by 1725 to support his family, and over the next 20 years he drew up plans of estates in more than 20 Suffolk parishes. He began a survey of the whole county with Nathaniel Bacon junior in 1732. The survey was published initially in a gazetteer and road book, ​‘The Suffolk Traveller’ (1735). A more ornate version was engraved by R. Collins and published the following year. A cheaper version, at half the scale and without arms, was engraved by James Basire and published in 1737.

In 1766 Kirby’s sons, Joshua and William, republished the two editions of the wall map, the larger re-engraved by John Ryland, with twelve views added and the arms and estate owners’ names revised to reflect the changing inhabitants of the county. The present example was published in 1825 by Stephen Piper, an Ipswich bookseller. Despite the claims to revision in the imprint, he merely added his name as publisher.