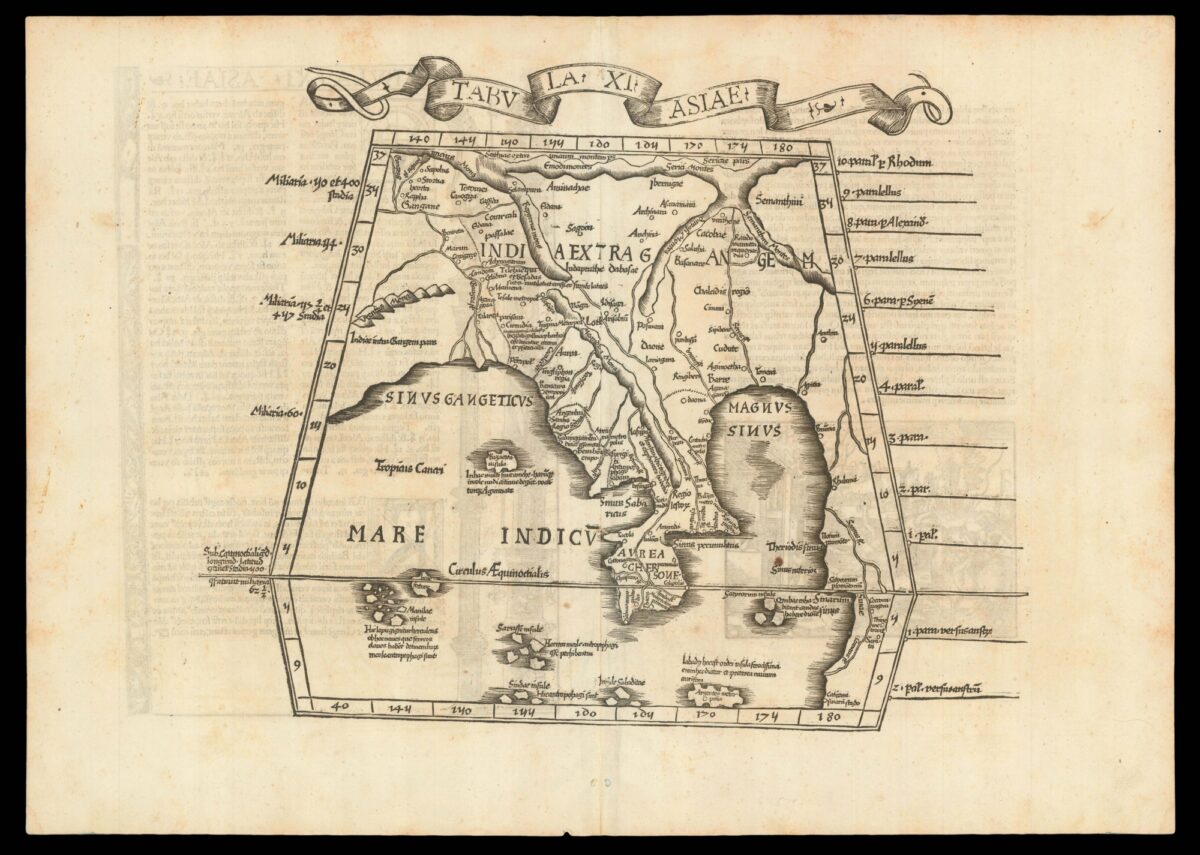 Kingdoms of gold and silver

The map shows the Indian Ocean and Southeast Asia, after Waldseemuller’s original of 1513, with the addition of annotations and vignettes. As observed by Suarez: ​“After crossing east of the Ganges (whose Delta is on the left), we enter Aurea region, a kingdom of gold, which is roughly located where Burma begins today. Above it lies Cirradia, from where, Ptolemy tells us, comes the finest cinnamon. Further down the coast one comes to Argentea Regio, a kingdom of silver, in which there is said to be much well-guarded metal. Besyngiti, which is also said to have much gold, is situated close by…” the Sinus Sabaricus would be the Gulf of Martaban, whose eastern shores begin the Malay Peninsula, and the Sinus Permimulicus would be the Gulf of Siam … A spine of mountains running north from there, in what is now northern Thailand and Burma, is according to Ptolemy, a ​“habitat of tigers and elephants”. One of the numerous vignettes is ​“a generic image of a king lying above Malacca in the southern portion of Malaya, represents a kingdom not found on the 1513 prototype. It is said to be the kingdom of Lamai. This is a corruption of the Lamia of the 1507 Waldseemuller map (the last two letters being reversed) [now] identified as Lan Na (Chiang Mai)” (Suarez, page 114).