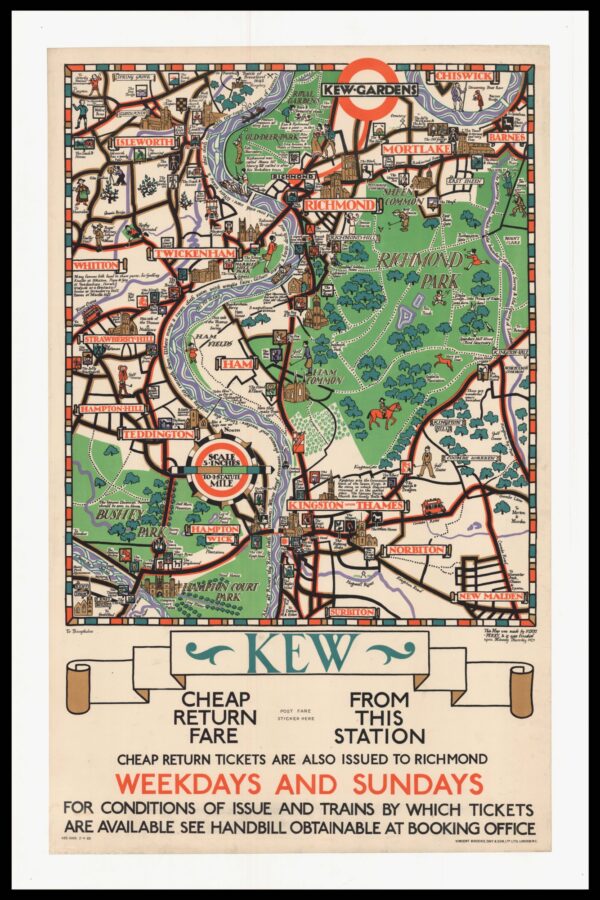 Perry has dedicated this map, commissioned by the London Underground, ​“To Bucephalus”, Alexander-the-Great’s horse. A vibrant map of southwest suburban London, centred on Richmond Park, and extending from Kew Gardens underground station, in the north, to Hampton Court Palace, in the south, is stylistically reminiscent of the London Transport maps of Max Gill.

Heather Perry (1897–1962), born in Bolton, Manchester, and the daughter of a local cotton merchant and town councilor, happened to also design an elaborate coat-of-arms for the County Borough of Bolton. After the family moved to London in the first decade of the twentieth century, Perry was educated at the London County Council’s Central School of Arts & Crafts, now in Bloomsbury. She was talent-spotted by London Underground’s Frank Pick (1878–1941) and designed her first poster for him in 1927, ​‘The Empire under one Roof’. In 1929, she produced a series of five new London Underground poster designs for Hounslow, Edgware, South Harrow, Morden and Kew, as here.

One of the most prolific female commercial artists of her time, Perry issued over fifty posters for London Underground & London Transport between 1927 and 1938. In addition, she designed house and estate maps for the Royal Academy Exhibitions of 1928 and 1931. Between 1933 and 1935 she created a series of murals for the Second-Class Children’s Playroom of Cunard’s ​‘Queen Mary’. 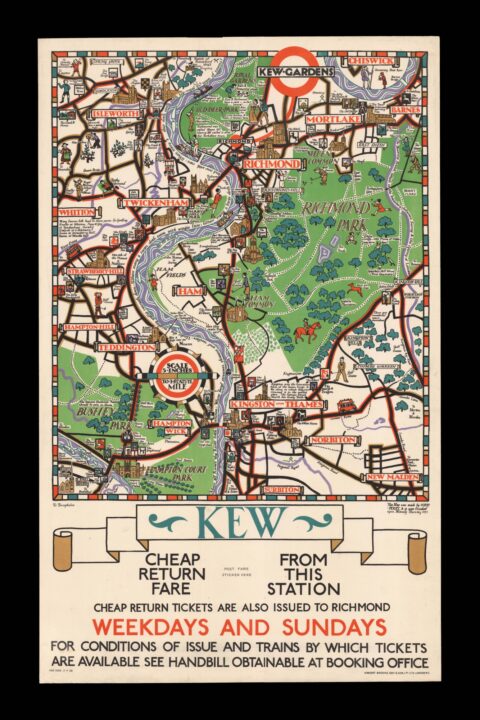