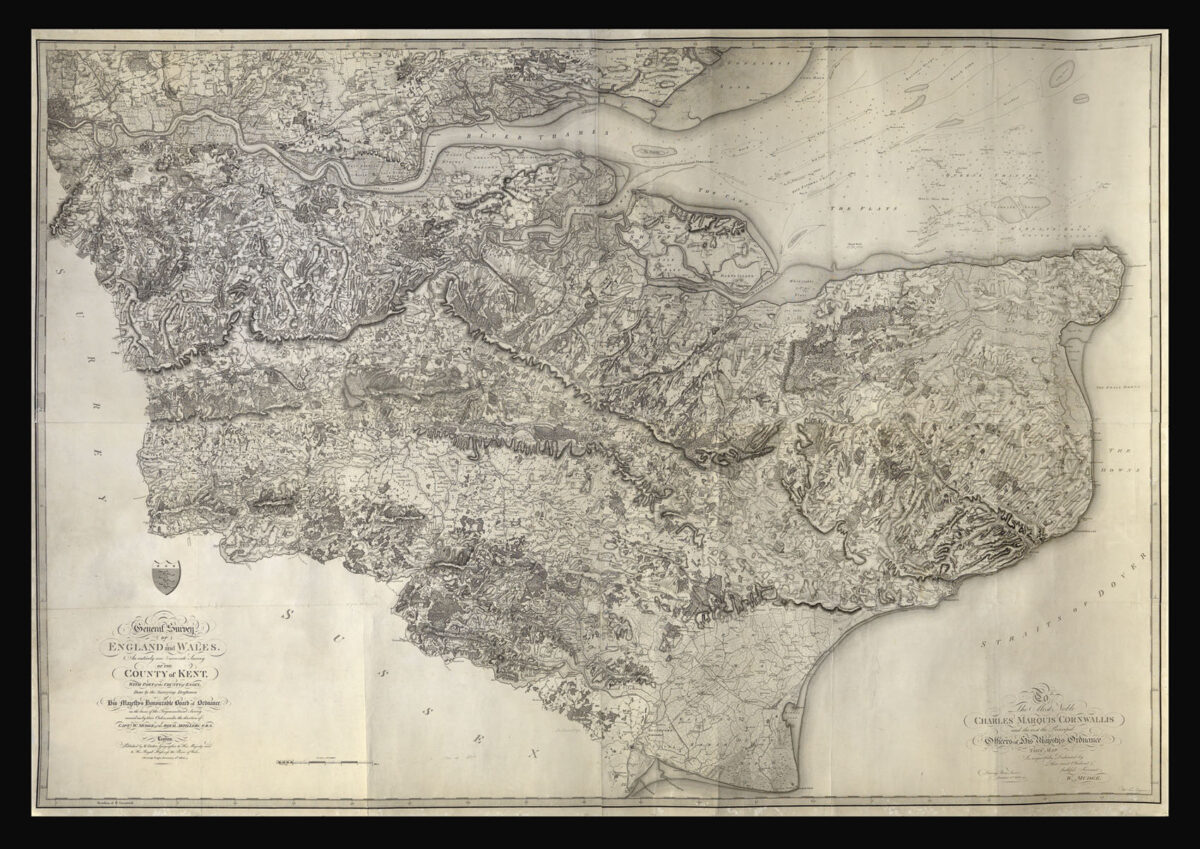 Mudge’s map of Kent was the first Ordnance Survey map to be published, and is often known as the ​‘Mudge Map’. The survey was initiated in response to fears of invasion by the newly republican French.

Colonel William Mudge (1762–1820) began his career as a lieutenant in the Royal Artillery, and was appointed to the Ordnance Survey in 1791, becoming Superintendent in 1798. In the same year, he was elected to the Royal Academy.