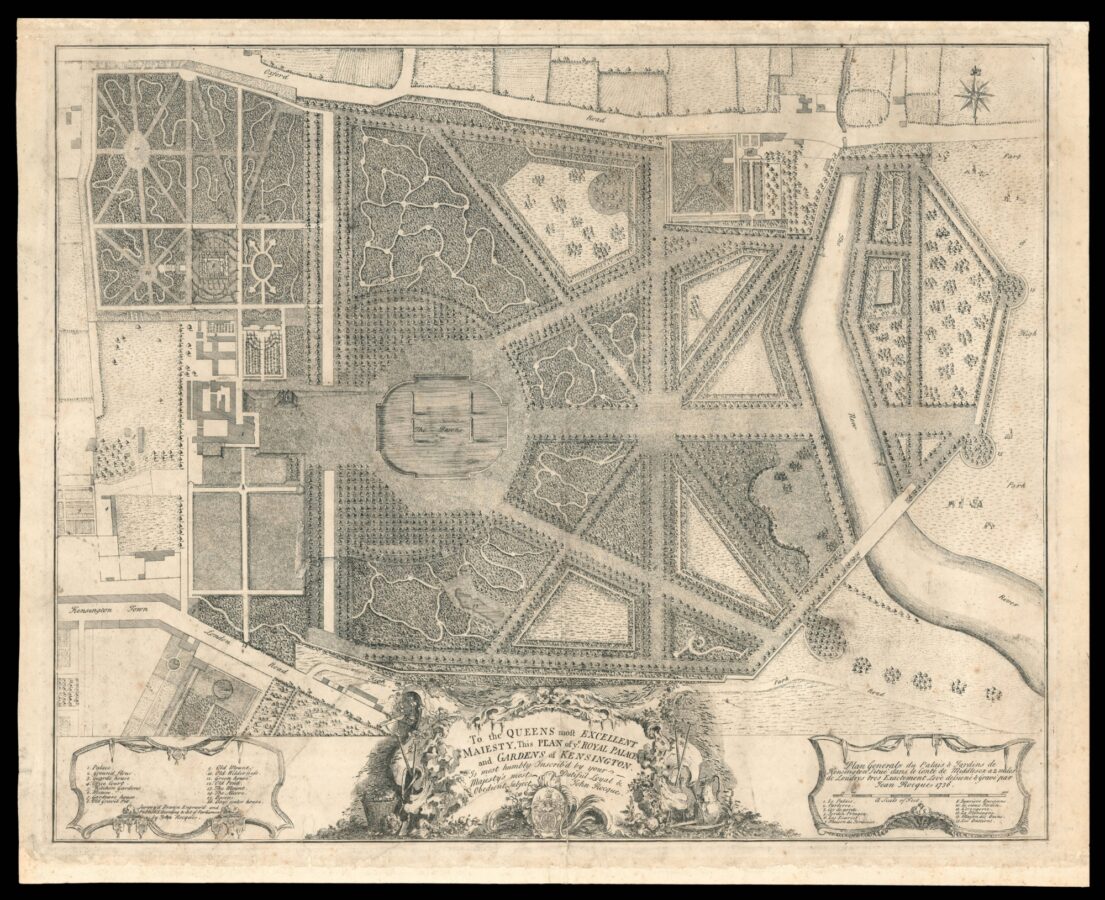 Kensington Palace was originally the suburban residence of Lord Chancellor Flinch, Earl of Nottingham, and it was known as Nottingham House. It was set in a large deer park that Henry VIII used for hunting. In 1689 the house was bought by William III who turned it into Kensington Palace. The building was enlarged from designs by Sir Christopher Wren; the gardens, under instructions of Queen Mary, were landscaped by royal gardeners and were transformed with paths and flower-beds at right angles, in formal Dutch patterns, so as to make William feel at home.

It wasn’t until 1727, when Queen Caroline moved into the palace, that the Dutch gardens were replaced by the current Charles Bridgman design, which included the round pond, the Broad Walk and the Temple Lodge, as well as the planting of several thousand trees. The gardens were opened on Saturdays to anyone who was respectably dressed.

Rocque’s plan shows the full extent of the work implemented by Queen Caroline on the gardens. It also shows the grand mansions along Kensington Gore and the buildings along the High Street and Church Lane. Rocque, a French Huguenot, emigrated with the rest of his family to London in the 1730s, where he began to ply his trade as a surveyor of gentleman’s estates, and with plans of Kensington Gardens, and Hampton Court. He is most famous for his magisterial 1746 survey of the city of London, which took nine years to produce.