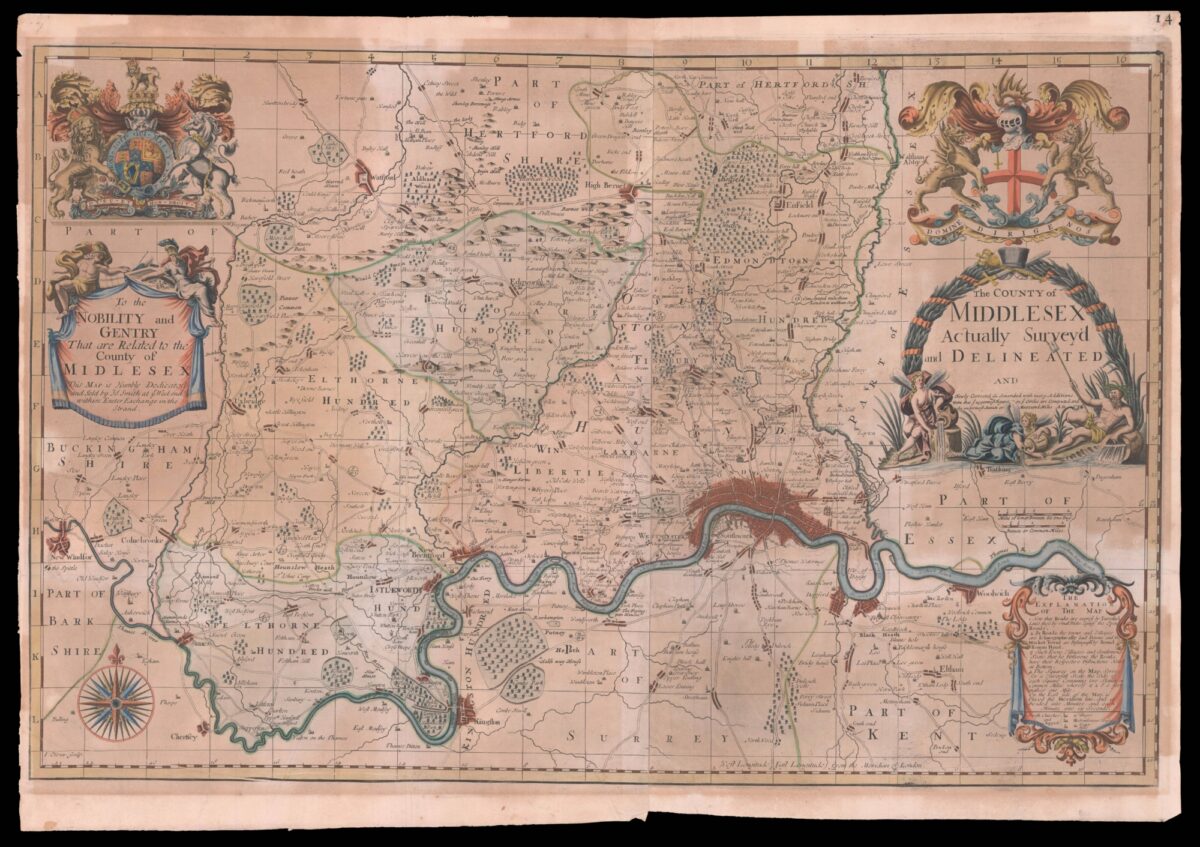 The County of Middlesex Actually Survey’d and Delineated By John Seller. Newley Corrected & Amended with Many Additions. Note that ye uppermost Figures in ye Circles are Computed and the undermost Statute or Measured Miles. A.D. 1710. To the Nobility and Gentry That are Related to the County of Midlesex. This Map is Humbly dedicated by John Seller.

The map was first issued by Seller in 1679. The map was to be part of Seller’s large folio county atlas of England and Wales, entitled ​‘Atlas Anglicanus’. However the project, like much of Seller’s over-ambitious schemes, never got off the ground, with only six of the counties — Middlesex, Surrey, Hertfordshire, Kent, Buckinghamshire, and Oxfordshire — being surveyed. In 1693, he was forced to sell the plates to Philip Lea, who issued them separately and as part of the composite atlases of England and Wales. After Lea’s death in 1700, the business was run by his widow Anne, until her death in 1730. How the map came to bear the imprint of Richard Davies is unclear, however, he was known as a co-publisher of several maps and atlases, and he might have come to some agreement with Anne Lea.