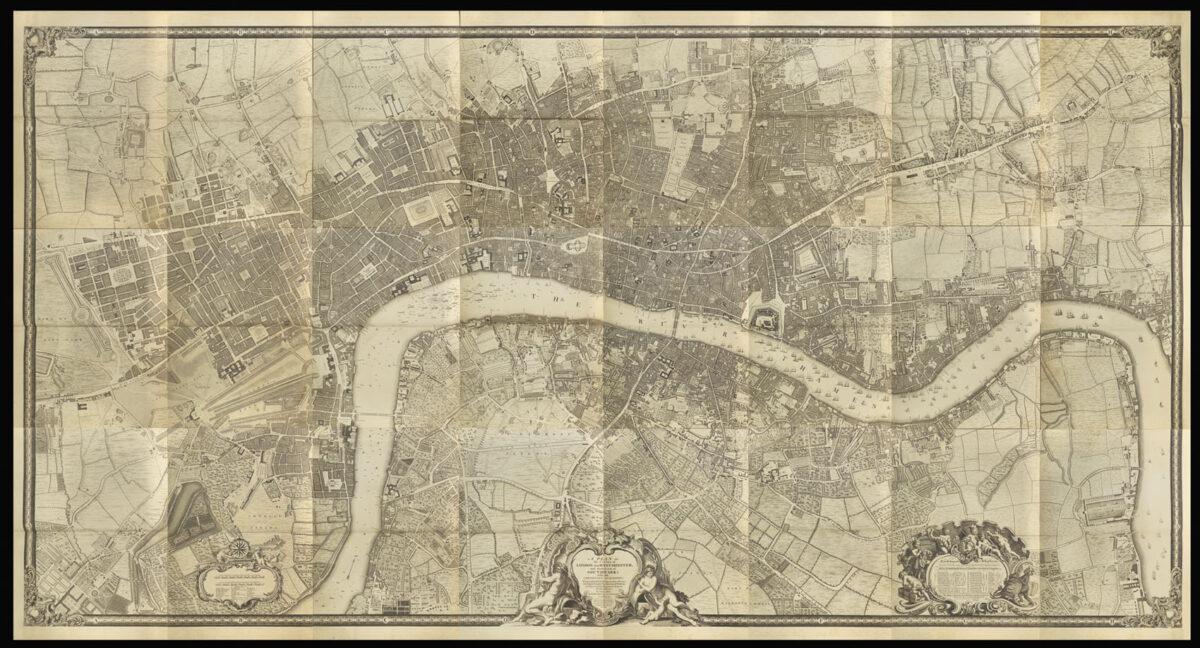 A Plan of the Cities of London and Westminster and Borough of Southwark with the Contiguous Buildings…, to which are added, All the New Buildings and Alterations to the Year 1761.

It would appear that John Rocque, a French Huguenot, emigrated with the rest of his family to London in the 1730s, where he began to ply his trade as a surveyor of gentleman’s estates, and with plans of Kensington Gardens, and Hampton Court. However, in 1737 he applied his surveying skills to a much great task, that of surveying the entire built-up area of London. Begun in the March of 1737, upon a scale of 26 inches to 1 statute mile, the map would take nine years to produce, eventually being engraved upon 24 sheets of copper and published in 1746. The plan stretches west to east from Hyde Park to Limehouse and north to south from New River Head to Walworth.