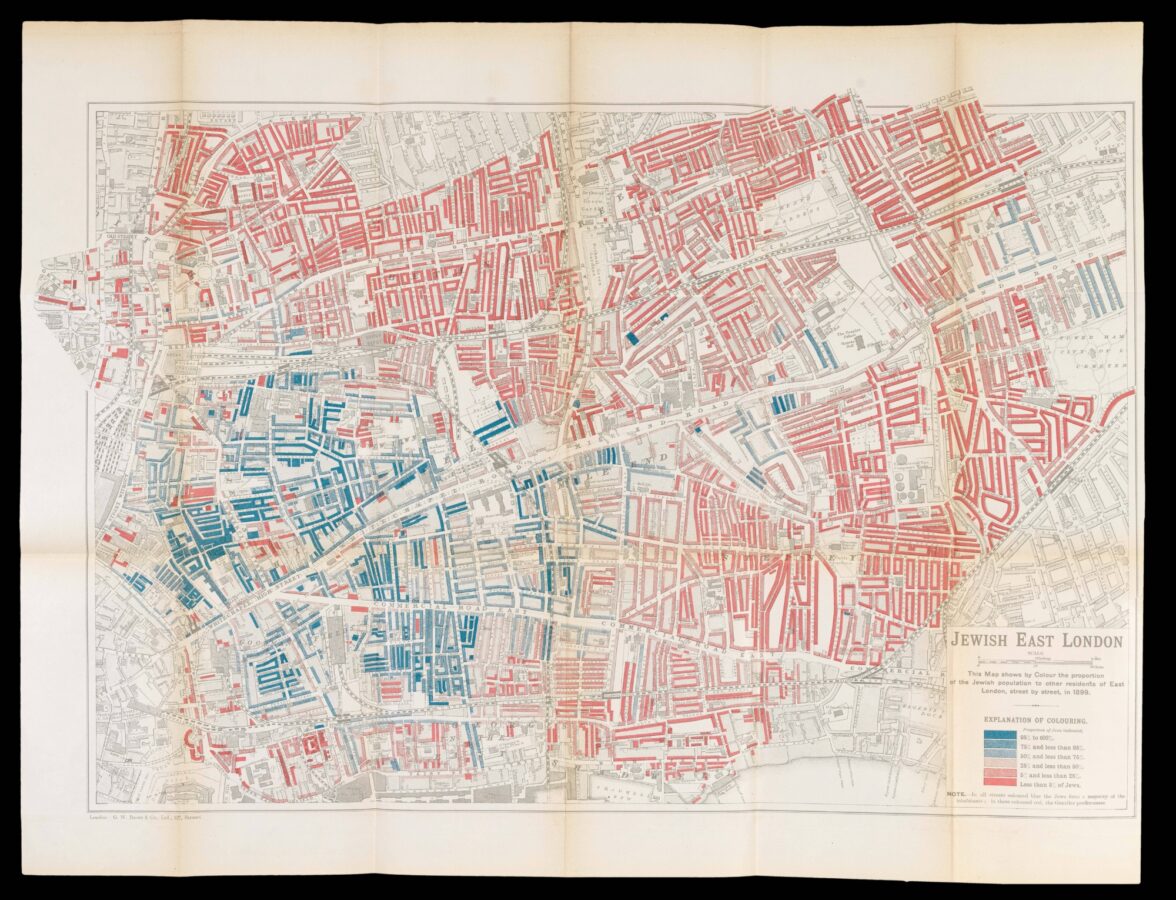 The map was the work of Geoge E. Arkell, who had been responsible for Booth’s seminal maps of London poverty, and like them, the information was taken from School Board visitors’ statistics. The map stretches north to south from the Hackney Road to the Tower of London, and west to east from Fenchurch Street Station to Tower Hamlets, City of London Cemetery.

The Tsarist persecutions of the Jewish population in Russia and Poland in the latter half of the nineteenth century had caused many to the seek refuge in the East End. It is estimated that some 7,000 Jews a year arrived from 1881 to 1900. Their arrival — like most emigrants or refugees — bred a great deal of resentment among the indigenous population. Although the work that accompanied the map attempts to give a balanced account of the Jewish present in the East End; the map — to the casual observer — rather gives the impression of an East End dominated by the new arrivals. With the map a sea of red and blue — with bright red denoting a concentration of less that 5% of Jews, with dark blue a concentration of 95–100% Jewish. 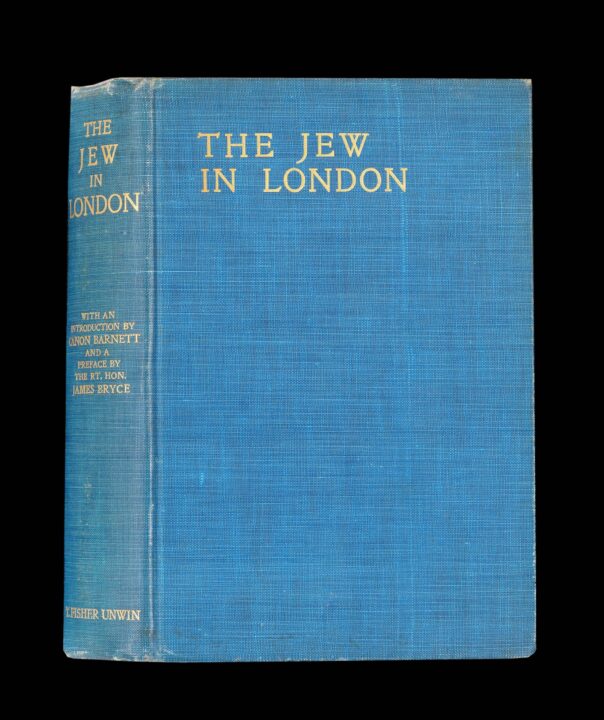 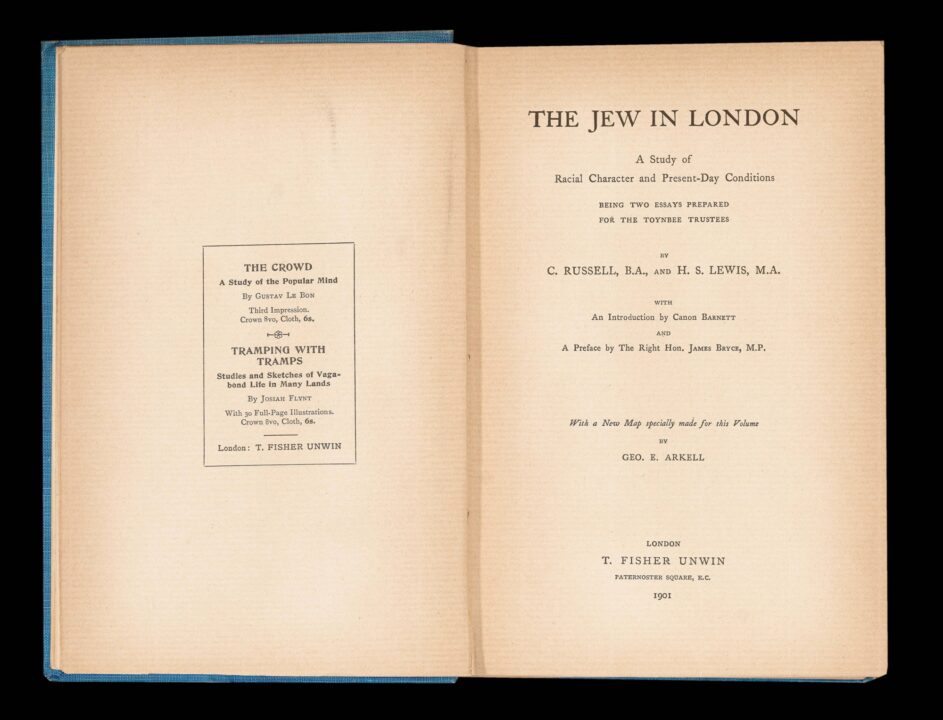 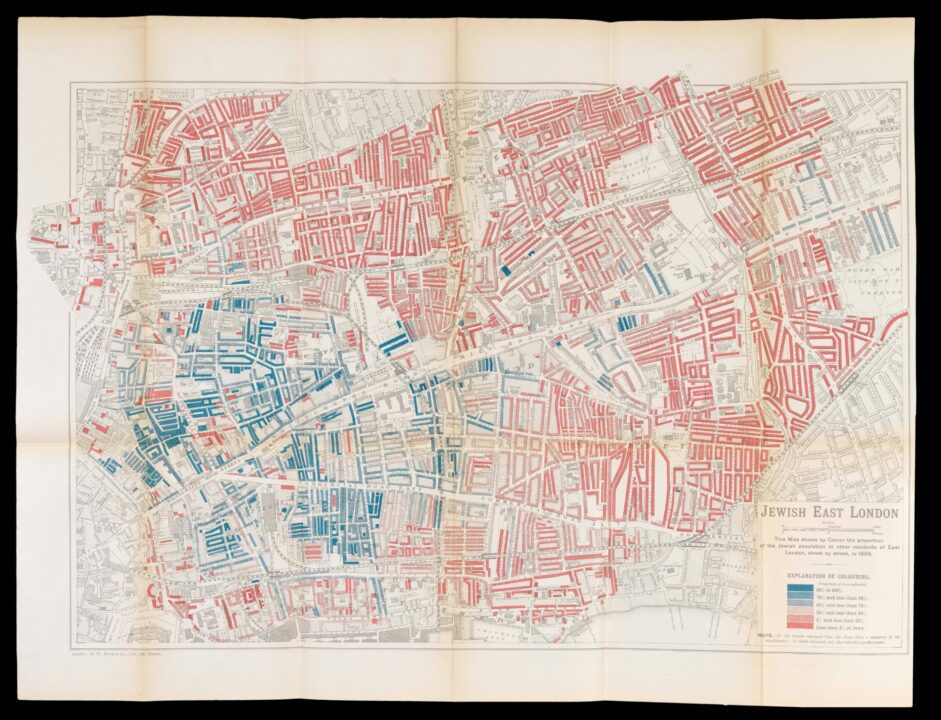