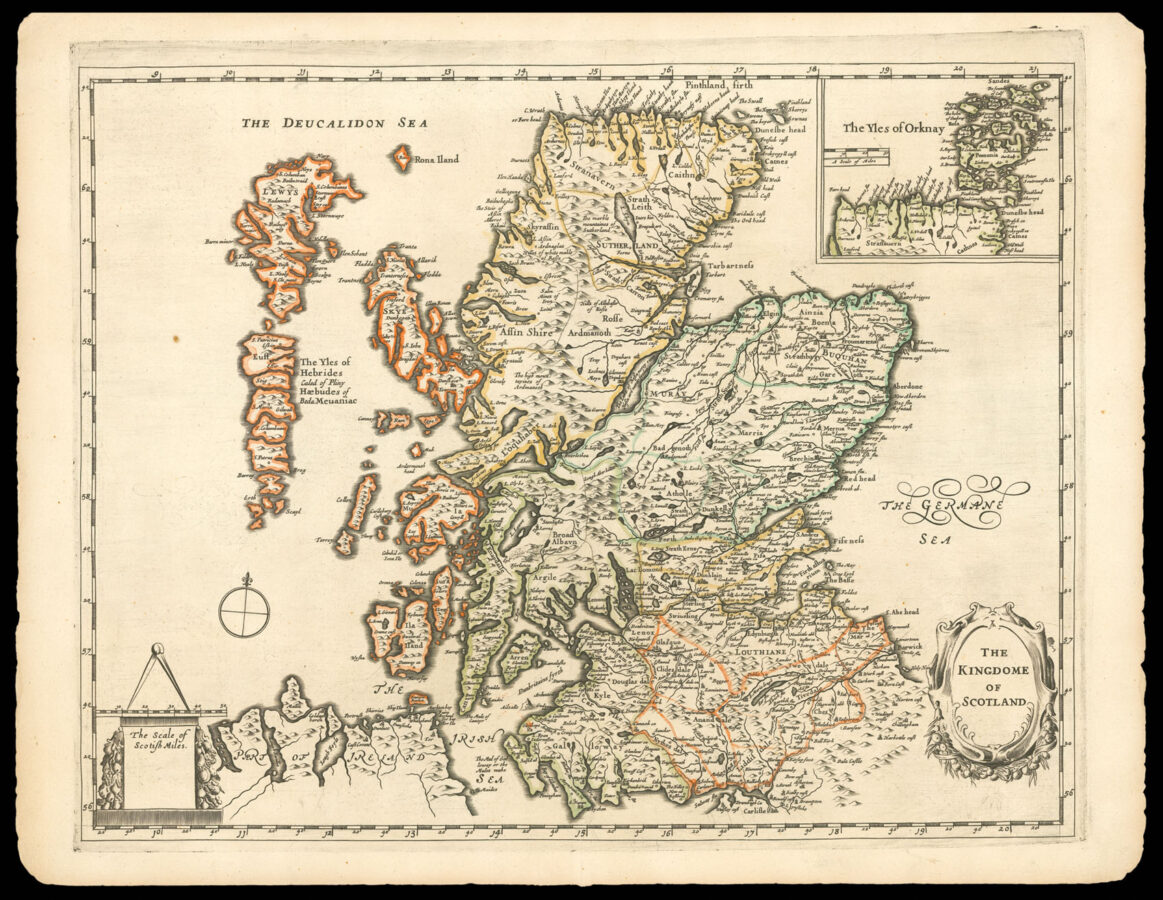 The Kingdome of Scotland.

The map is attributed to Thomas Jenner, a London map and printseller, active between about 1621 and 1673. Little is known of Jennner, although it would appear that maps only made up a small proportion of his inventory, which is believed to have consisted of items ranging from paintings, frames, and prints, to compasses, horn-book cards, and sticks of India ink. Although the present map is unsigned it is listed in the Jenner’s catalogue of 1662. However, it probably dates from slightly earlier thank this as the other surviving examples can be dated to around the 1640s. The British Library’s example is bound in with a 1640s printing of Saxton’s wall map, the National Library of Scotland example originally came from a civil war period John Speed atlas, and another in a private collection is bound in with the Saxton-Web atlas of 1645. The map would also appear in the John Overton’s first county atlas of circa 1670 (Admiralty Library Ve.117). Overton probably gained access to the map from his brother-in-law John Garrett, who took over Jenner’s business in 1673. Garrett would reprint the map with his imprint inserted, and ​“London Derry” named. Garrett lists the map in his catalogue of 1679 (Skelton: County Atlases, pl.27b).

Rare we are only able to trace four examples of the present map: the British Library; The Natonal Library of Scotland; the Admiralty Library; and a private collection. Moir: Early Maps of Scotland lists the map as anonymous.