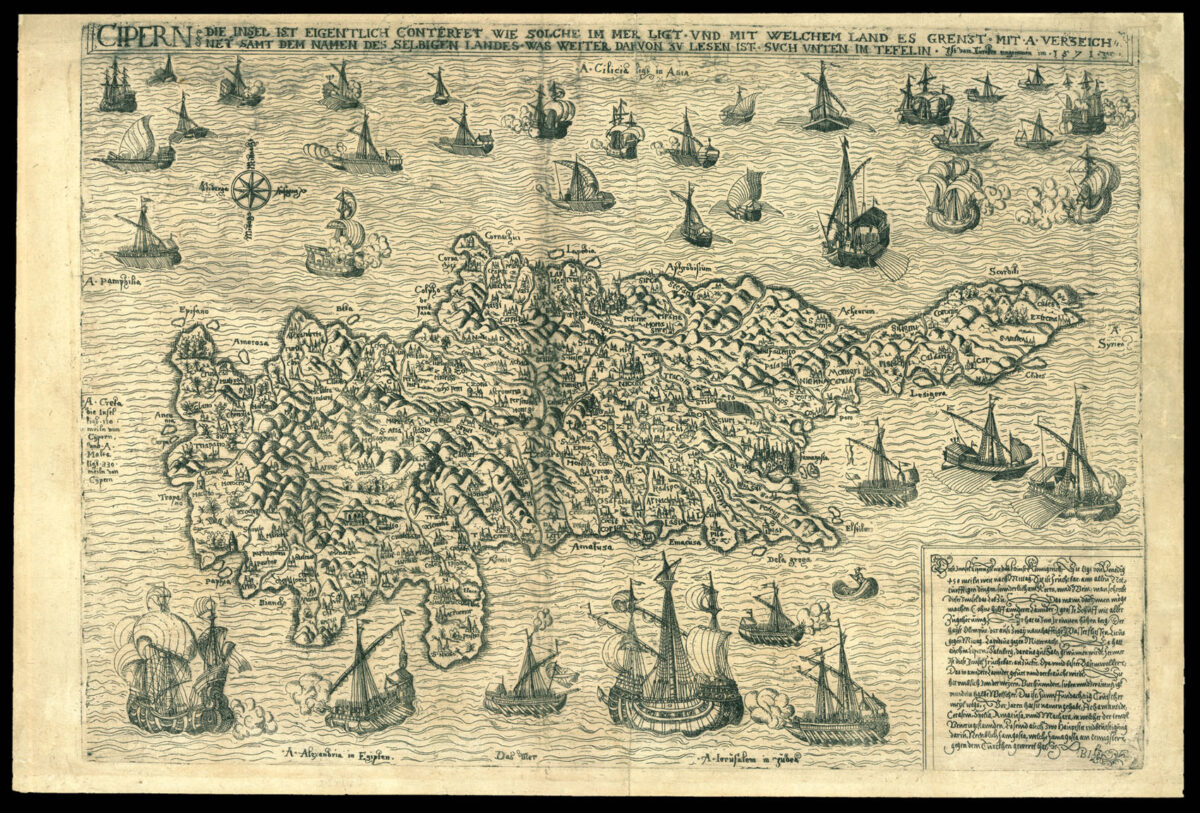 A rare newssheet showing the Turkish and Venetian fleets surrounding Cyprus. It is designed to inform the viewer about Cyprus rather than the conflict: Jenichen has inserted text around the margins indicating the orientation of the map in relation to other cities and countries, and a long note at the lower right corner describing the island itself, including its chief exports, signed with his monogram ​‘BI’. The note does, however, also contain a brief history of the Turkish attack, noting that the city of Famagusta held out the longest against the Ottomans.

Very little is known about the publisher, Balthasar Jenichen (fl.1560–1577), apart from his prolific output: he and Mathias Zündt were the leading German publishers of broadsides and news maps at the time. Newssheets by Jenichen are rare in general because of their ephemeral nature, and this broadsheet in its first edition is particularly rare. Bibliographies tend to cite the second edition published slightly later, which is trimmed at all sides and lacks the main title. The present example also has the complete note in the lower right corner: other copies are often lacking the last line. We have traced three institutional copies: Augsburg, Stadts- und Stadtbibliothek; Munich, Bayerische Staatsbibliothek; Paris, Collection Rothschild. One other example of this map was sold by Kiefer Buch und Kunstauktionen, Pforzheim in 2008 for €54,280 (purchased by Daniel Crouch whilst at Bernard Shapero Rare Books and now in the Ioannou collection).