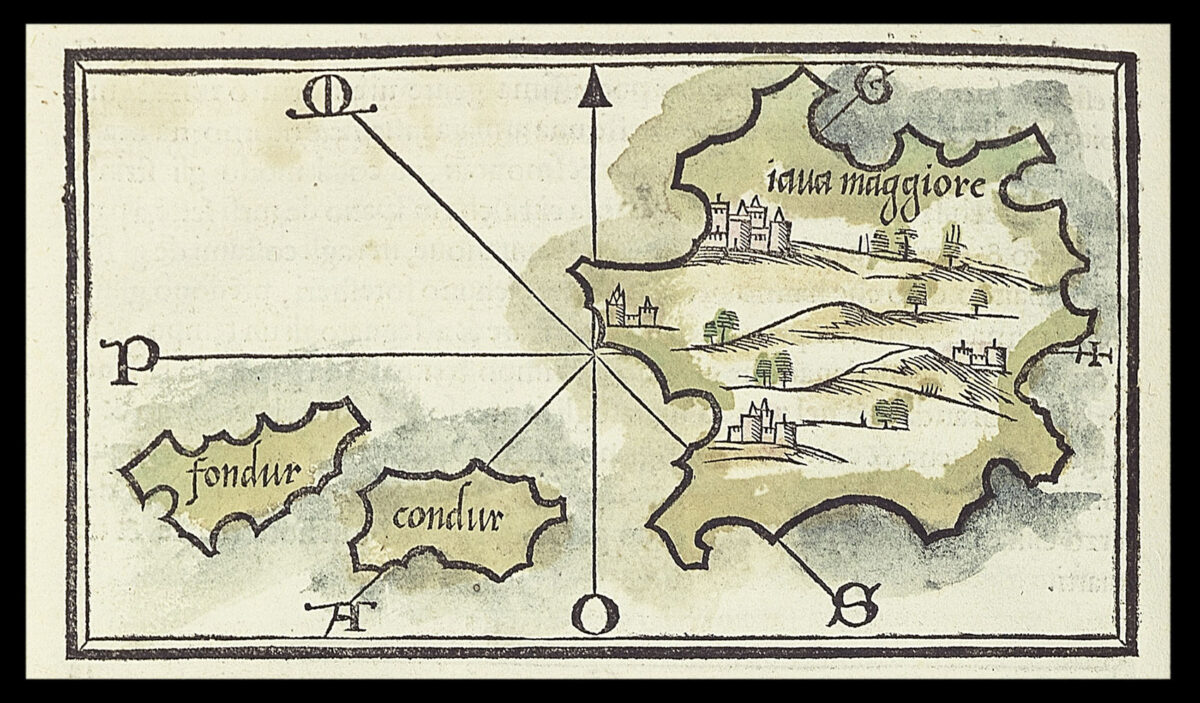 Map showing the island of Java. Bordone was the first cartographer to publish individual maps of the Southeast Asian islands.