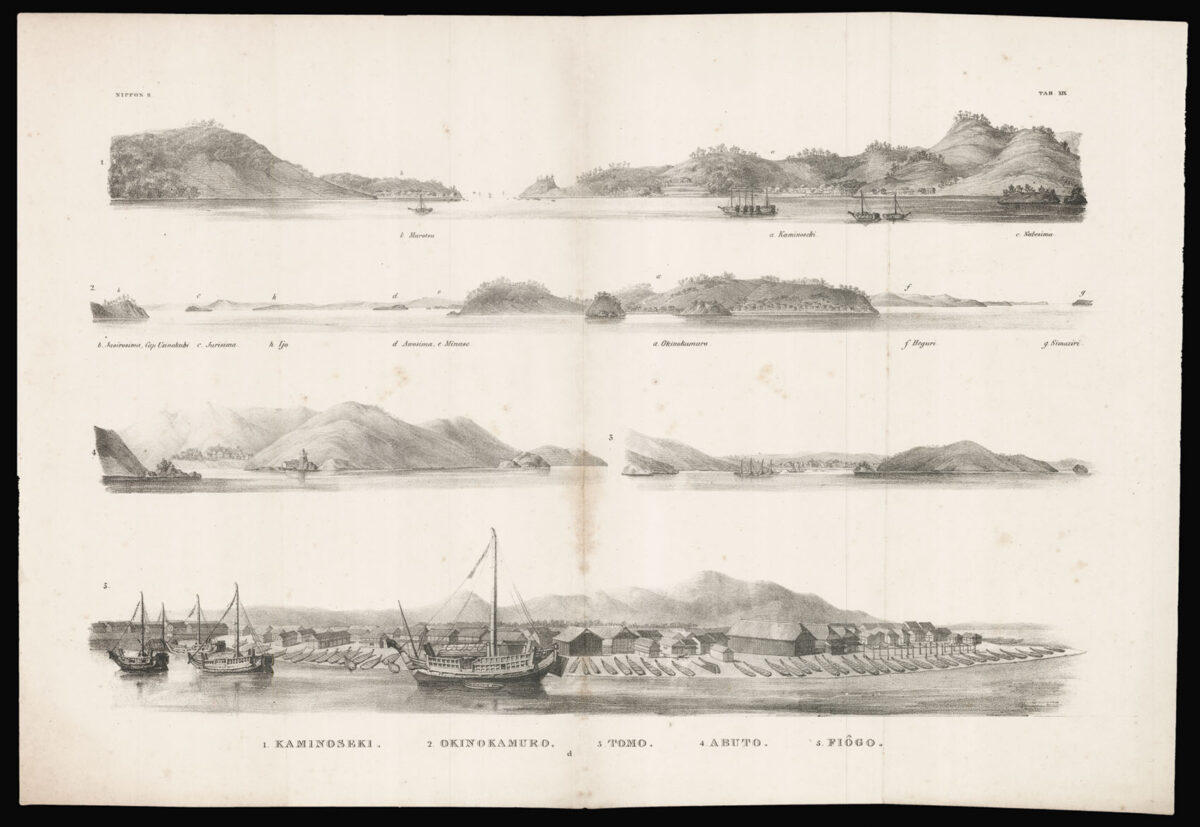 Phillip Franz von Siebold (1796–1866) was a German physician serving in the Dutch East India Company (the VOC). The VOC took him first to Batavia, then Japan, where he made a study of the country’s botany, culture and cartography. He had a relationship with a Japanese woman and had a daughter, Kusumoto Ine, who would be the first female Japanese physician. Siebold was expelled from Japan after the authorities discovered his map collection, which they considered sensitive material. He returned to Europe and spent the next two decades writing this account, preparing his own maps in manuscript.