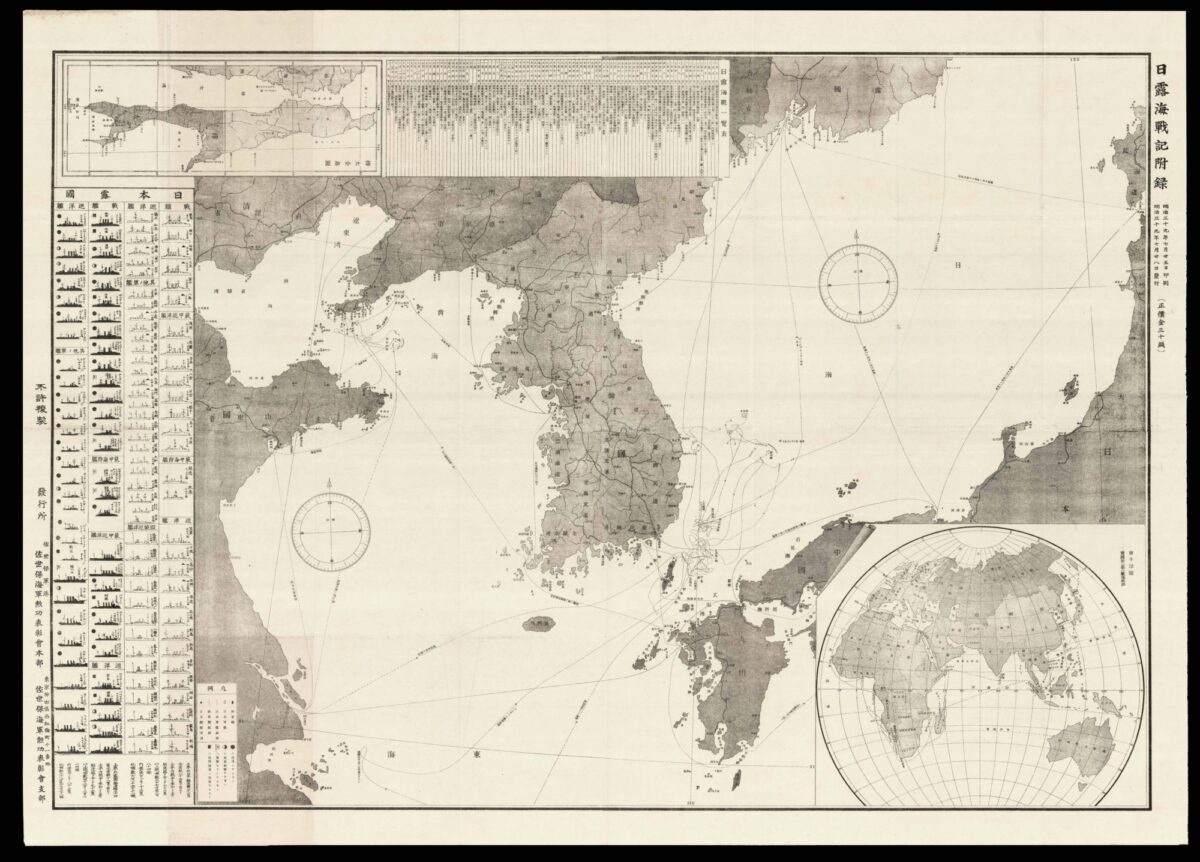 Japanese chart of the battle of Tsushima

[Battle of Tsushima][日露海戰戰域明細大海圖] 日露海戰記附録 (Detailed map of the field of the Rilu Sea Battle. Appendix to the Record of the Battle of Rilu Sea)

A chart showing the theatre of war in which the decisive Battle of Tsushima played out in 1905. A major moment in the Russo-Japanese War, the Battle of Tsushima Strait was also significant in the history of naval conflicts, being the first sea battle fought by fleets of modern steel battleships and the first to fully utilise telegraphy. Between 27th and 28th May 1905, the forces of the Japanese and Russian empires met in the stretch of water that separates Korea and southern Japan, resulting in the near-anhilation of the Russian navy. In total, the losing side lost over 4000 troops, while the victorious Japanese suffered a death-count of only 117. This chart shows the routes taken by the various vessels, which included battleships, cruisers, destroyers and tropedos, while a table to the left of the image contains detailed information about each of type of vessel.