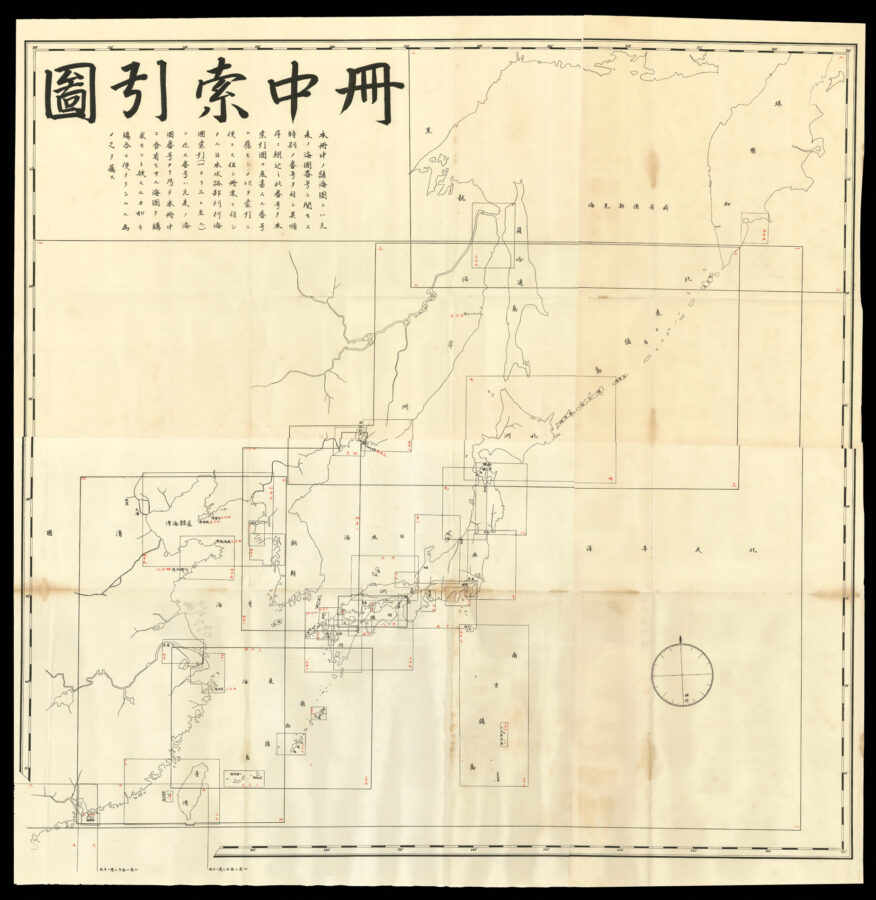 Following on from the Meiji Restoration of 1868 the government established the Japan Hydrographic Department in 1871 in order to undertake detailed surveys of Japanese coastal waters as well as areas that were deemed crucial to their national interest. During the 1870s and 1880s the British Navy was regarded as the model for the development of the Japanese Navy. The Douglas mission of 1873–1879 laid the foundation of Japanese naval officer training and a British naval lieutenant John M. James, who had been surveying Japanese coastal waters, was hired to advise the Naval Ministry. British Admiralty Charts had a high reputation for accuracy and their maps were copied by the Hydrographic Department during the late 1880s. Many of the hydrographic surveys in this period were in fact operated by British surveying vessels who then supplied the information to Japan in order to build good relations. Of particular interest are the maps of Hong Kong, Taiwan, and the China Coast. Map 34 includes the now disputed islands of Senkaku (Diaoyutai) claimed by both China and Japan, and map 41 shows the Liancourt rocks, claimed by both Korea and Japan.

The present set of maps is accompanied by a manuscript title, ​‘various sea charts’, which states that it belonged to the Army War College (Rikugun Daigakujo) where it was kept for ​“educational use”. Sets of these maps are extremely rare. 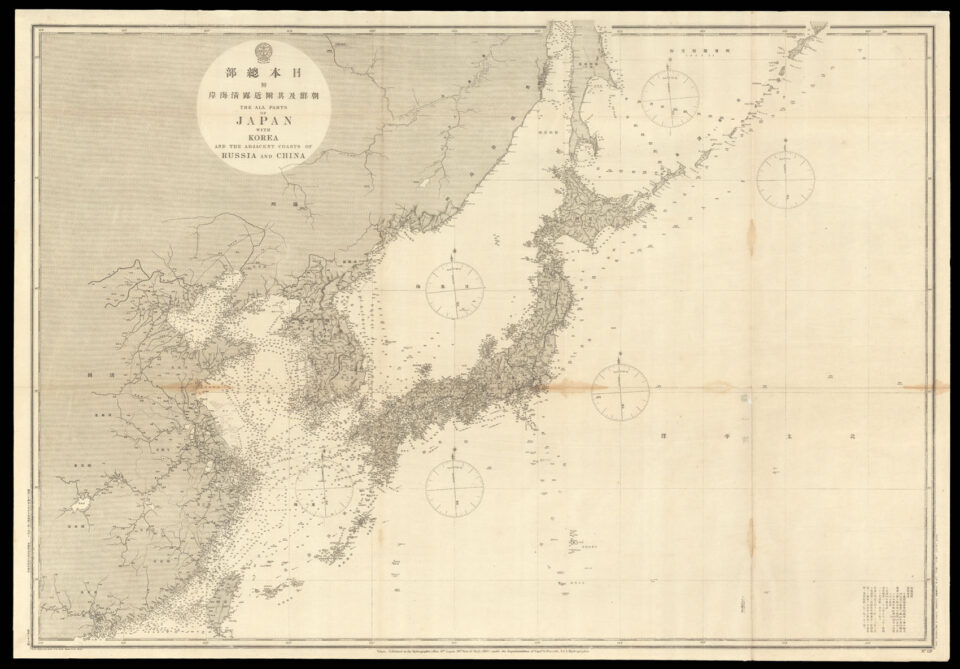 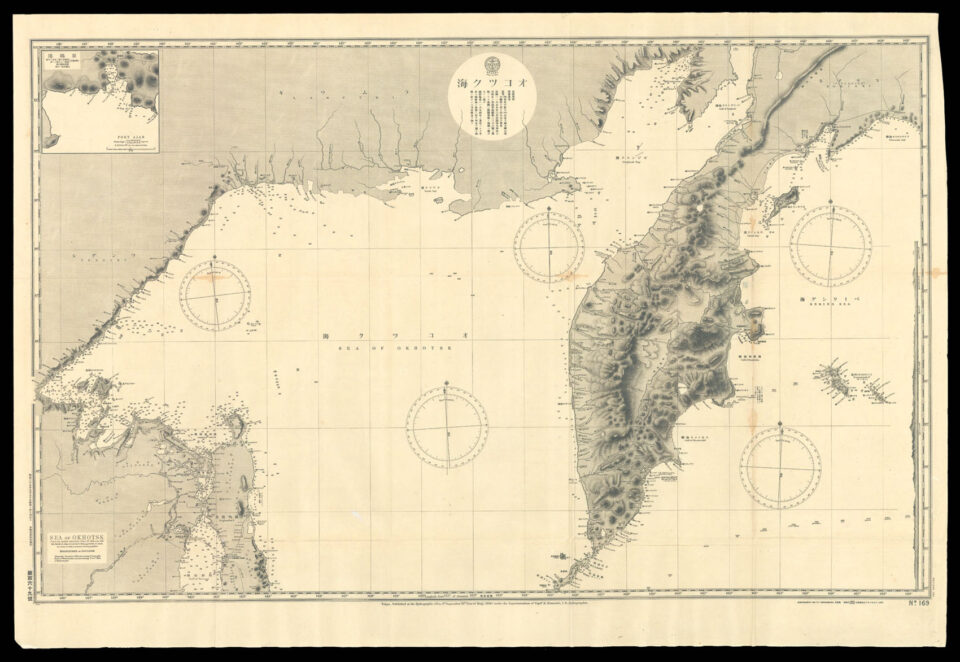 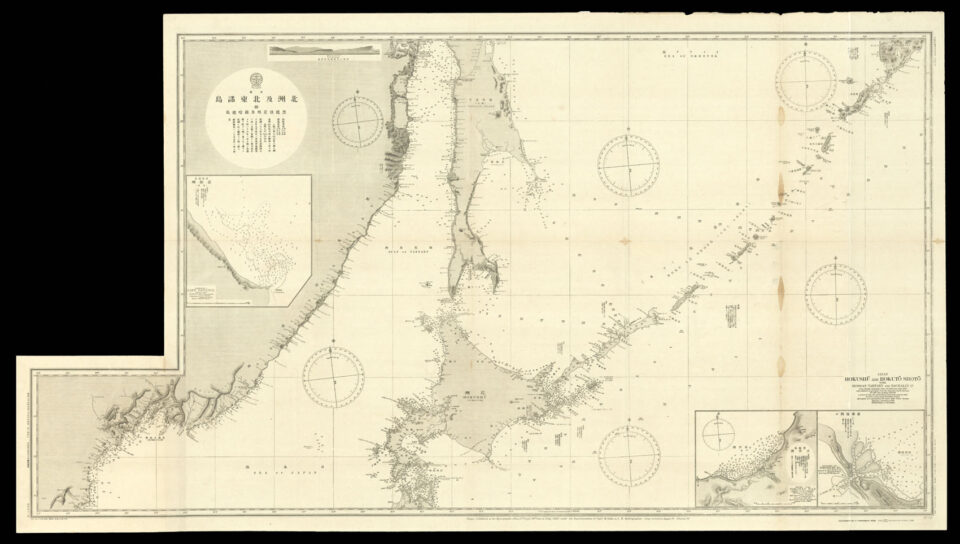 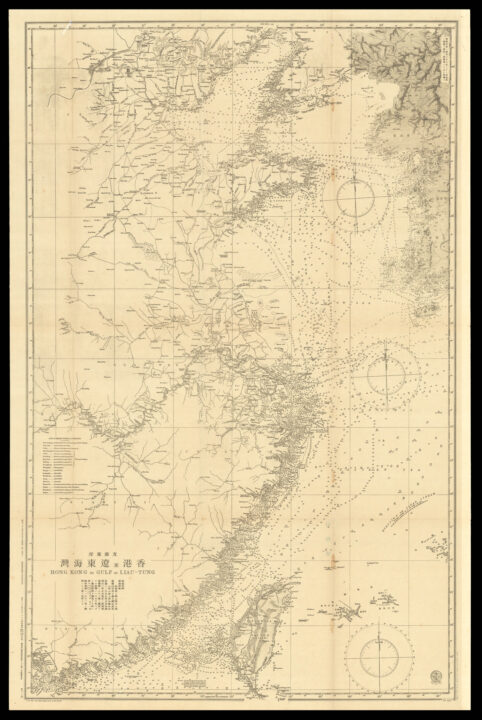