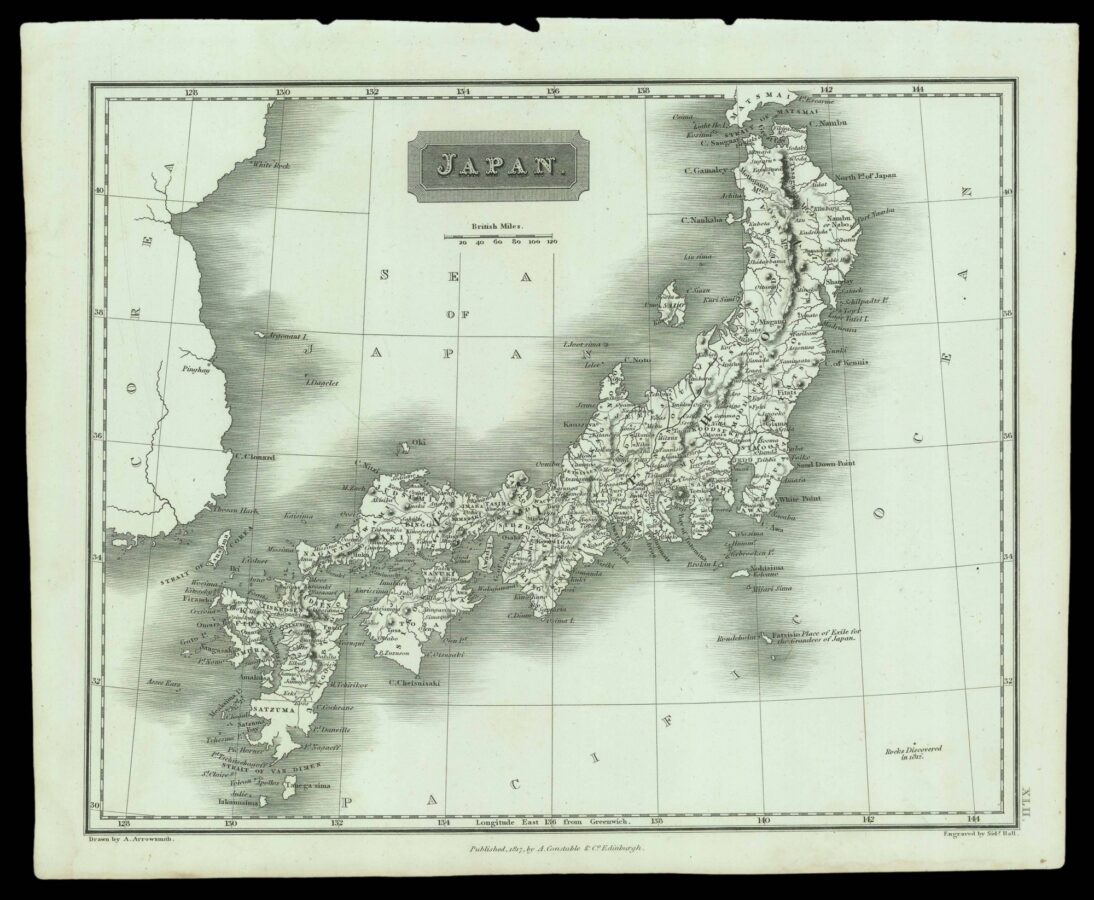 By HALL, Sidney after ARROWSMITH, Aaron, 1817

A map of Japan, with a small addition at the lower right of ​“Rocks Discovered in 1812”.

Sidney Hall (1788–1831) engraved maps for William Faden, Aaron Arrowsmith, and Chapman & Hall. From at least 1809 he workshop was at 5 Vine Street, Piccadilly, London. By 1814, in partnership with Michael Thomson, his business had moved to Bury Street, London. Hall is credited with ​“almost certainly” being the first engraver to use steel plates in map engraving (Beinecke Library, Yale, online).

Hall died at the tragically young age of 42, ​“and yet his engraved maps continued to appear. New works engraved by Sidney Hall were published for decades after his death. Selina Hall (1782–1853), who conveniently shared a first initial with her husband, simply continued to engrave maps and signed them ​“S. Hall” (this as well as the date can be used to distinguish them from her husband’s work, since he usually signed ​“Sid.y Hall”), thus continuing to benefit from an established name.

Engraving is a highly skilled job, and Selina Hall cannot have learnt it all at once on her husband’s death. It is far more likely that she was an active participant in the business throughout their marriage, but that her contribution was not acknowledged. She was certainly known to her husband’s former business partner, Michael Thomson, who died in 1816, since she is mentioned in his will, so she may have been involved in the map production process for even longer. Selina lived for over 20 years after her husband’s death, continuing to engrave maps, and when she died the business passed to her nephew Edward Weller; she may have been involved in his training” (Boldeian Library online).