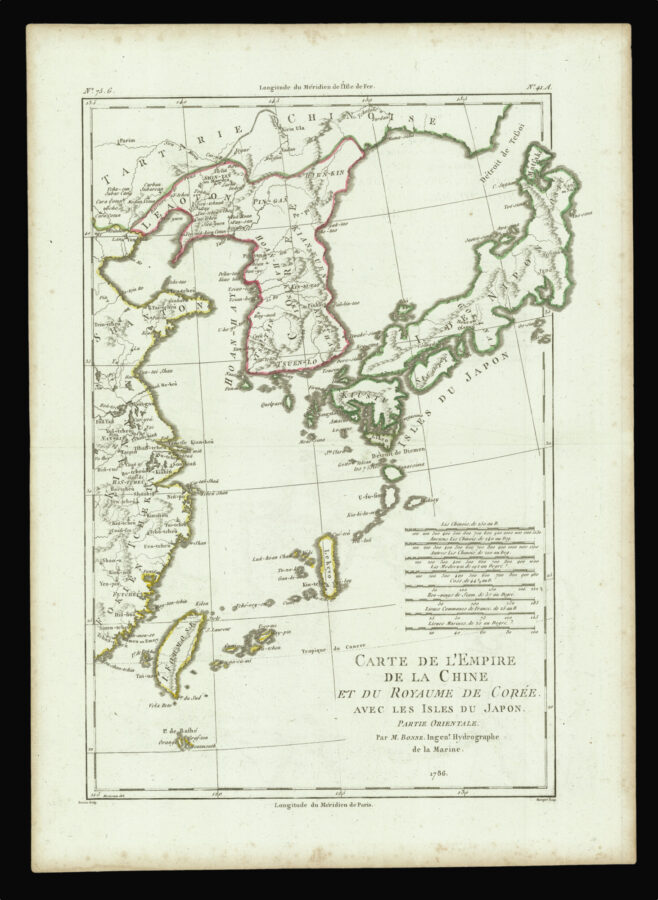 A map of Japan by Rigobert Bonne, perhaps modelled on the cartography of Louis Brion de la Tour. It was included in Bonne’s ​‘Atlas Portatif Générale’.

​“Whereas de la Tour showed the southern part of Hokkaidō to the point where it met the north of Honshū, Bonne truncates the peninsula and creates a small island which he names as Matsaki. There are just over a dozen place-names on the Japanese islands suggesting that Bonne was simply showing the relative positions of Chinese Tartary, Korea, Formosa and the China mainland to Japan” (Hubbard).