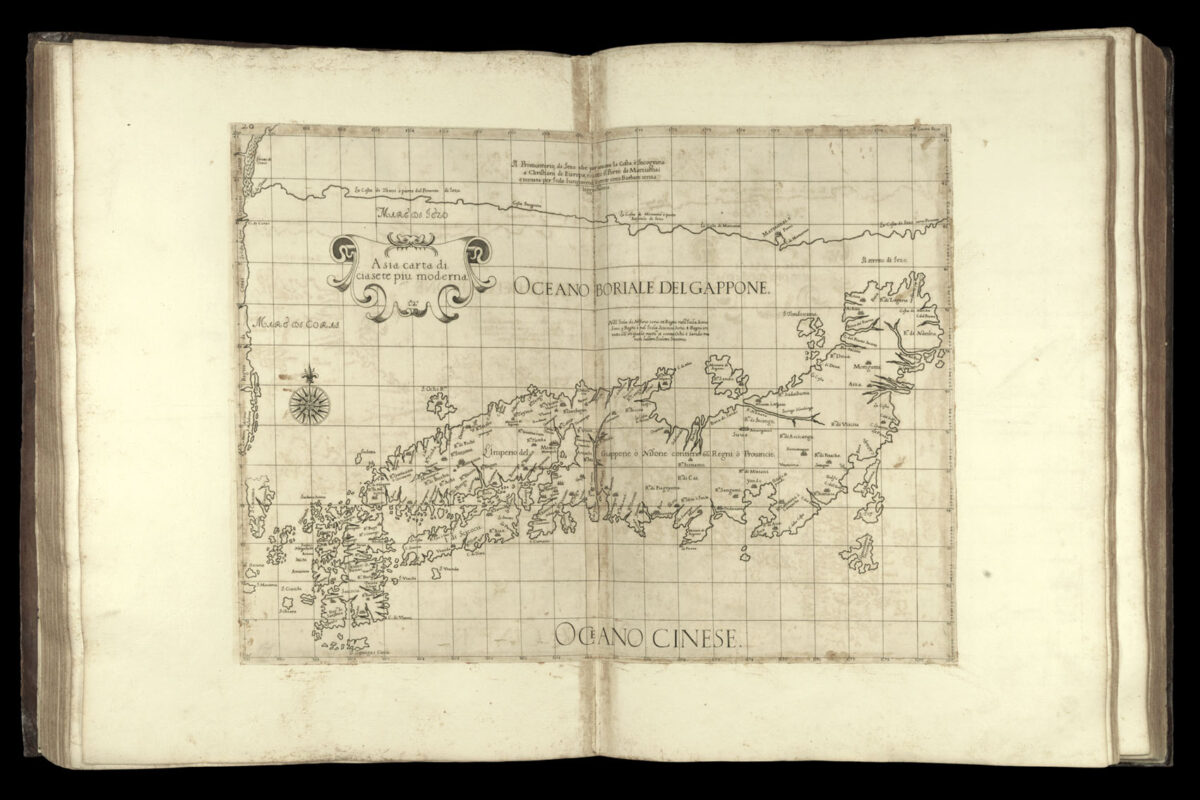 This map of Japan follows the outline of Blancius and Moreira. The island of Hokkaido is shown as an oversized land mass called Jezo at the upper edge. The text on it says that the cape of Jezo is unknown to Europeans. The place names follow Ginnaro. Southeast Korea is visible on the left edge. The body of water to the right, now called the Sea of Japan, is identified here as Mare de Corai (Sea of Korea).