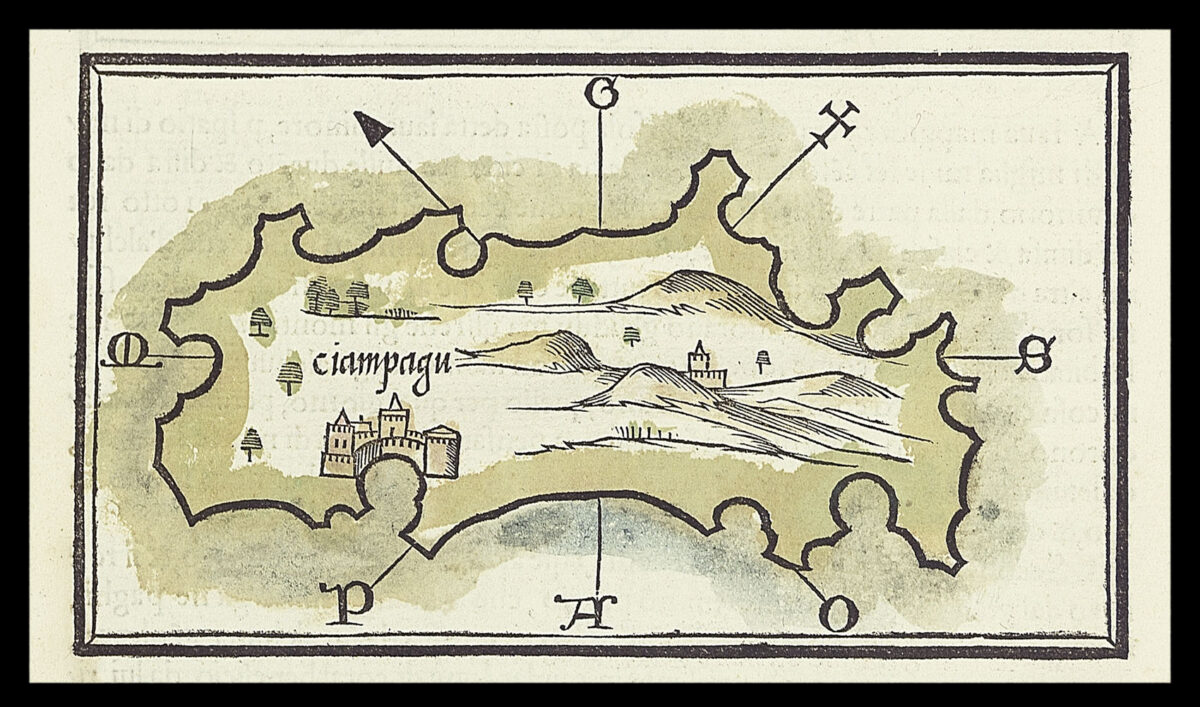 Map showing Japan. Bordone was the first cartographer to publish individual maps of the Southeast Asian islands, and this is one of the earliest individual representations of Japan.