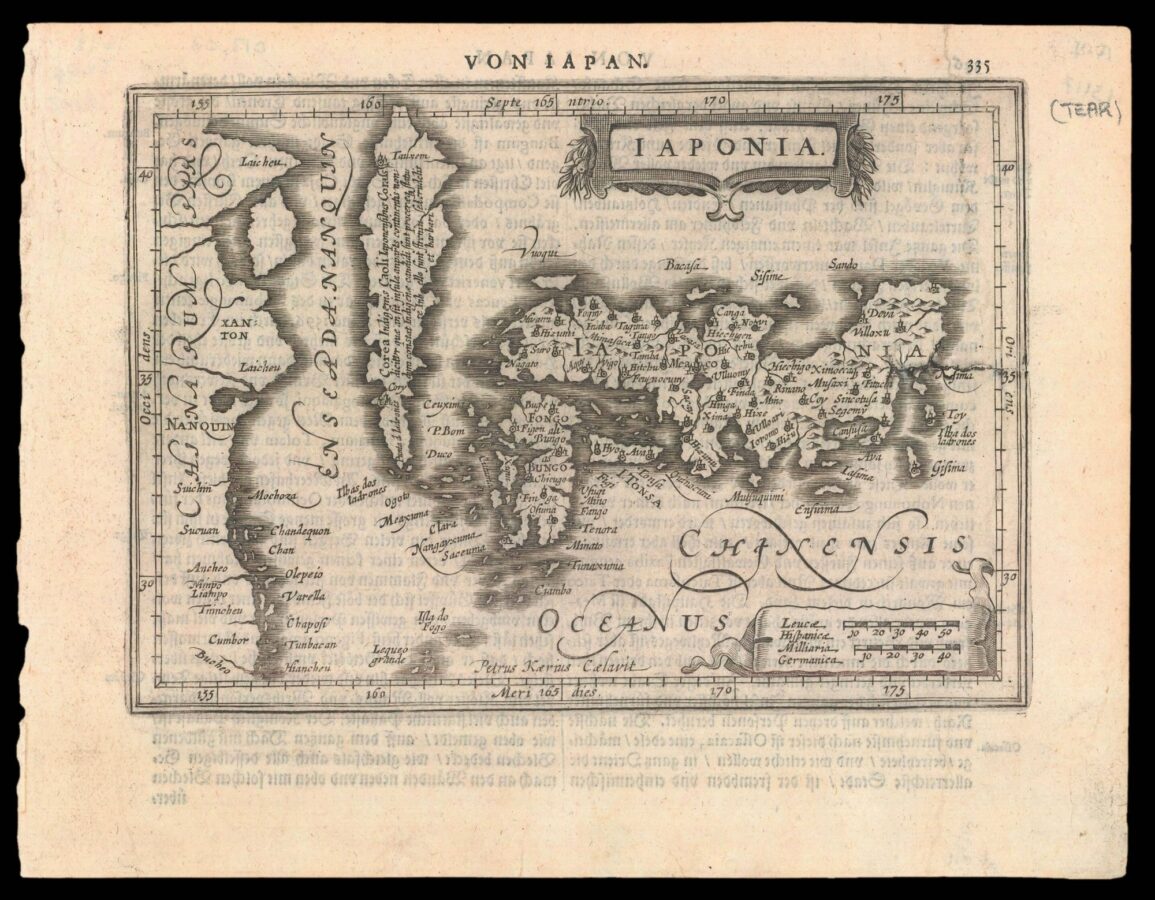 By JANSSONIUS, Johannes and KAERIUS, Petrus, 1648

Published in the second German edition (1648) of Janssonius’ new edition of the miniature version of the Mercator-Hondius, ​‘Atlas Minor Gerardi Mercatoris a I. Honius pluri-mis aeneis Tabulis…’. This atlas was one of a series launched by Janssonius ​“before he joined forces with Henricu Hondius in 1629, filling the gap left by the sale of the copperplates for the ​‘Atlas Minor’ sometime after 1621, and taken to England where they were first used in the 1624 edition of ​‘Hakluytus Posthumus or Purchas His Pilgrimes. The new Janssonius maps were engraved by Pieter van den Keere (Petrus Kaerius). The maps were slightly larger than those in Hondius’ ​‘Atlas Minor’ ” (Hubbard). The first edition appeared with Latin text in 1628, followed by a French edition in 1630, a Dutch edition also in 1630, two German editions in 1631 and 1648, and a further Latin edition in 1634.

The map is a direct copy of the map included in the original folio edition of the Mercator-Hondius atlas of 1606, but without some of the decorative elements, and using larger lettering for the place-names. Between 1630 and 1631, the copperplate began to develop a crack on the right-hand side, near the graticule scale at 35 degrees north latitude.