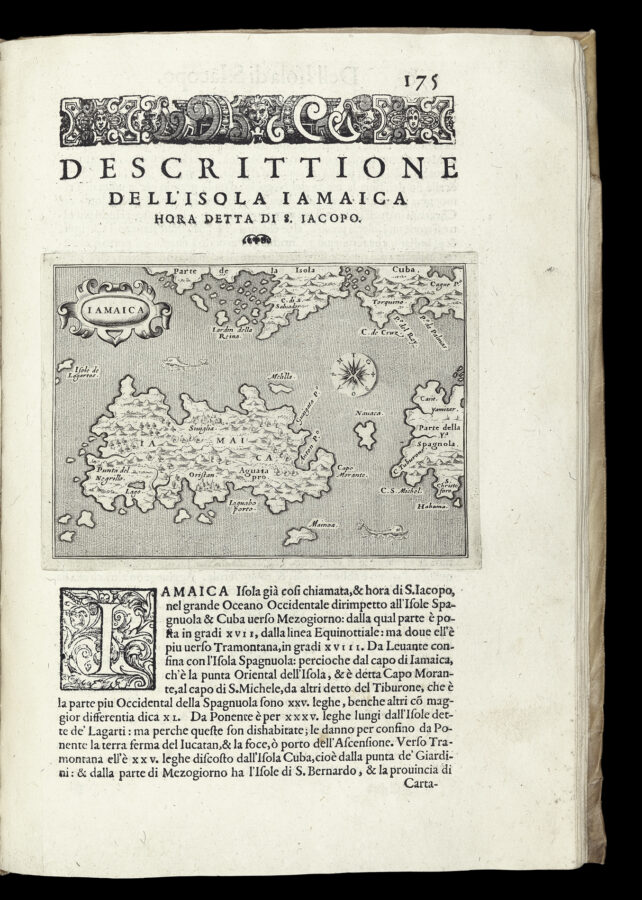 A detailed map of the Caribbean island of Jamaica.