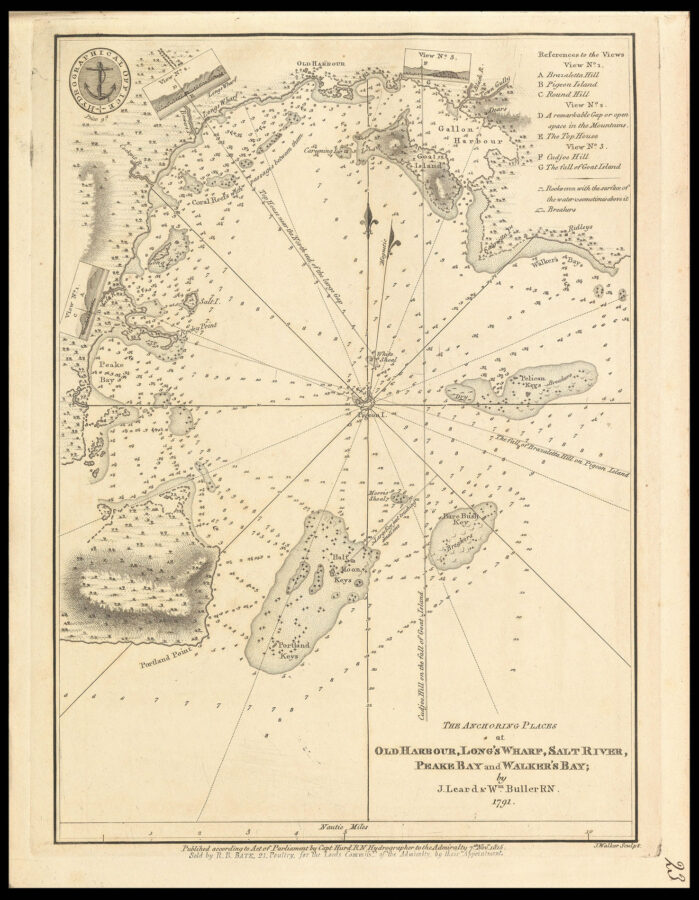 Rare Admiralty chart of the Peake Bay on Jamaica.

The survey was carried out by John Leard and William Buller of the Royal Navy.