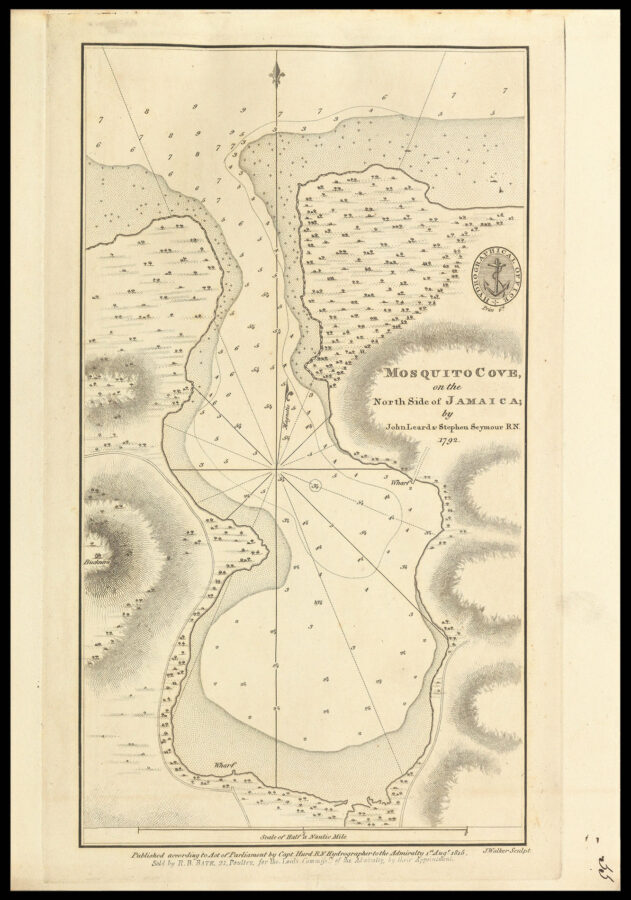 Mosquito Cove on the North Side of Jamaica by John Leard & Stephen Seymour RN 1792.