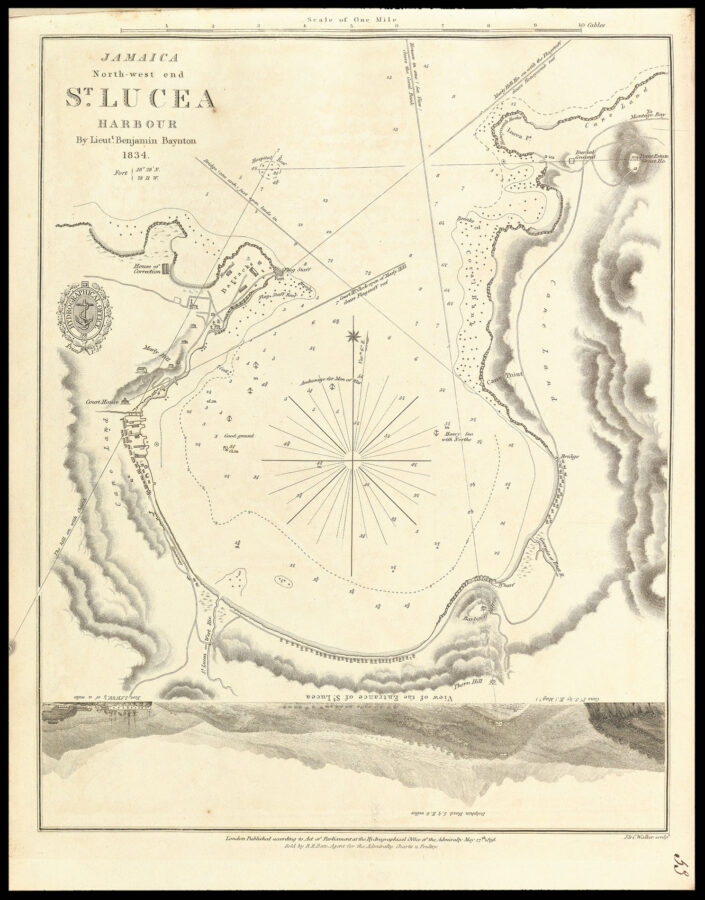 The survey was carried out by Lieutenant Francis Baynton, who was stationed in Jamaica between 1818 and 1838.