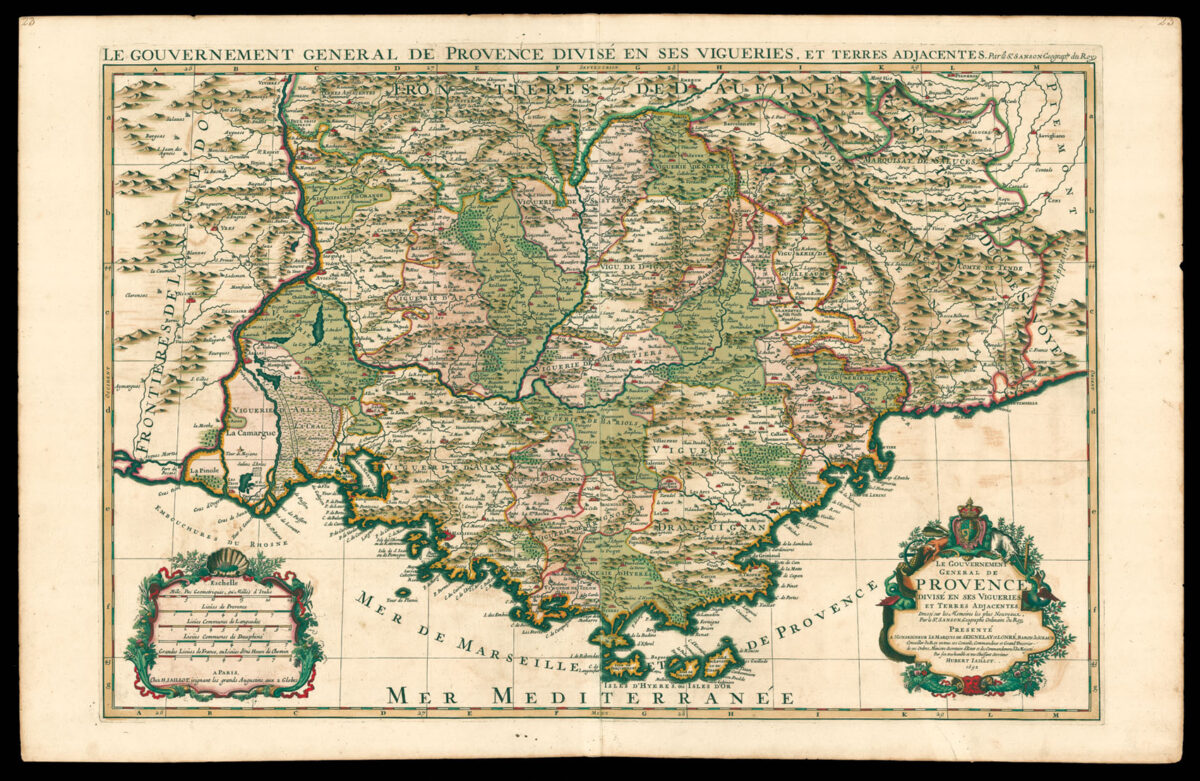 A fine example of Jaillot’s map of Provence, with beautiful hand colouring, based on the work of Nicolas Sanson. Alexis-Hubert Jaillot trained in sculpture, and inherited a map and print publishing firm from his wife, the daughter of the crown colourist Nicholas Berey. He was eventually appointed royal cartographer. After the death of Nicolas Sanson, the ​‘father of French cartography’, Jaillot republished many of Sanson’s works. This is after a map from Sanson’s ​‘Cartes generales’, retaining the land divisions and toponymy. However, the map has been enlarged to show the coastline in greater detail and Jaillot has added two beautiful title cartouches surrounded by animals and foliage.

The map is dedicated to Jean-Baptiste Antoine Colbert, Marquis de Seignelay, the eldest son of the French minister of the same name who served Louis XIV.

Alexis Hubert Jaillot trained in sculpture, and inherited a map and print publishing firm from his wife, the daughter of the crown colourist Nicholas Berey. He followed Nicholas Sanson and his descendants in ushering in the great age of French Cartography in the late seventeenth and eighteenth centuries. The publishing center of the cartographic world gradually transitioned from Amsterdam to Paris following the disastrous inferno that destroyed the pre-eminent Blaeu firm in 1672.