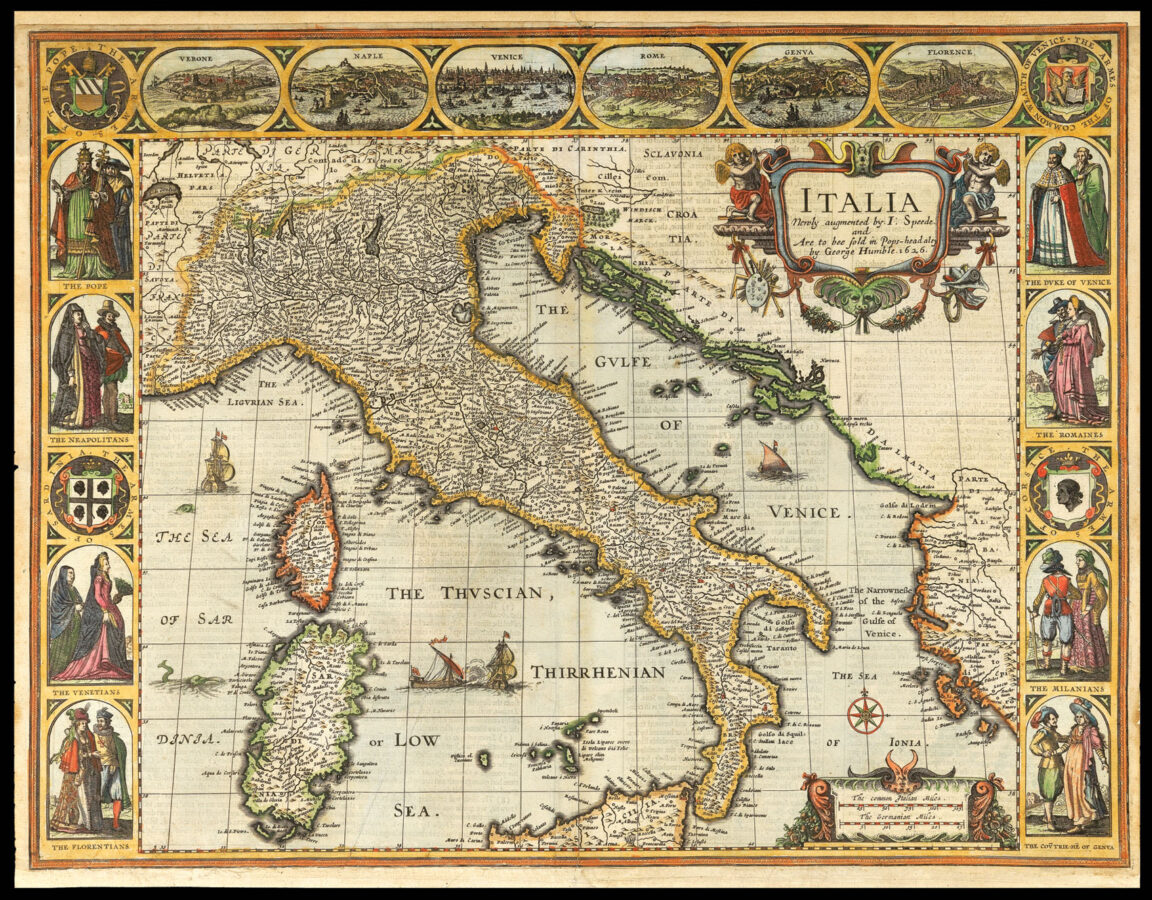 Italia Newly Augmented by I Speede

A map of Italy, Sardinia and Corsica. The decorative border shows the native costumes of different regions (including two figures of the Pope and the Venetian Doge) and views of principal cities, interspersed with the Papal, Venetian, Corsican and Sardinian arms.