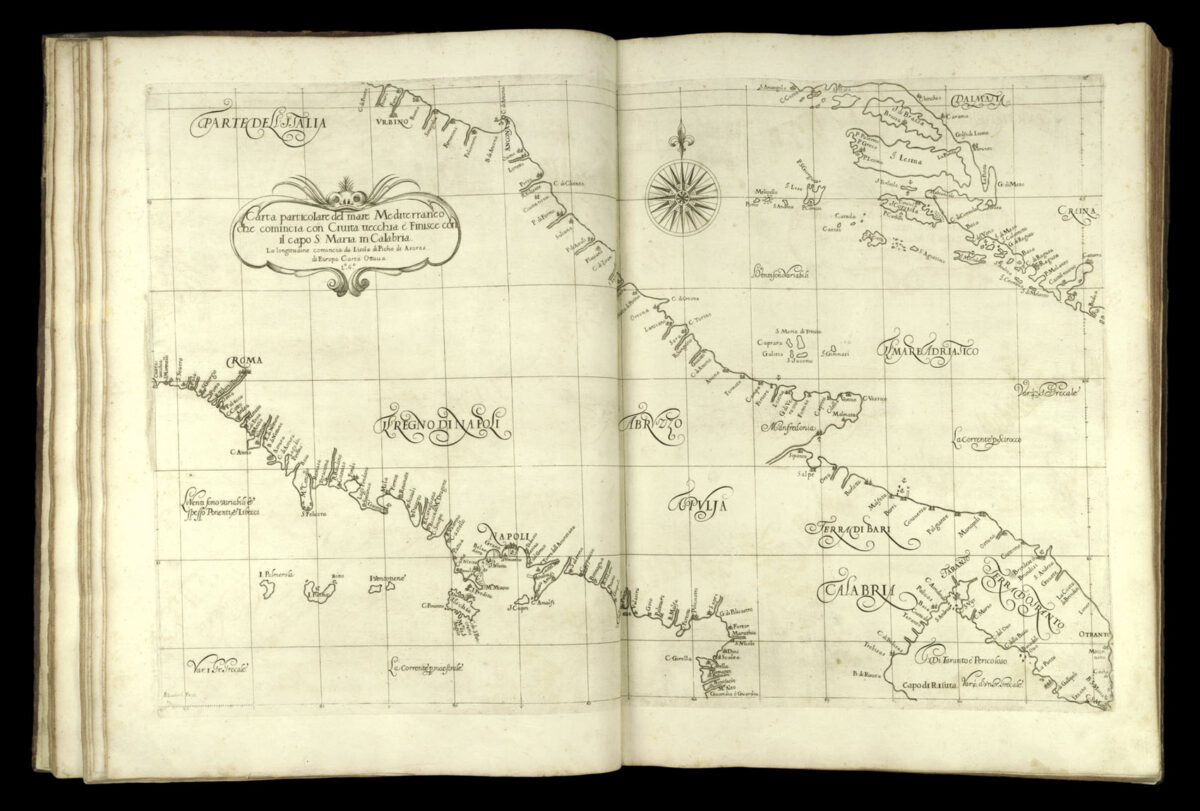 The map shows Italy from Rome and Urbino down to Calabria, and the Dalmatian coast of Croatia across the Adriatic Sea.