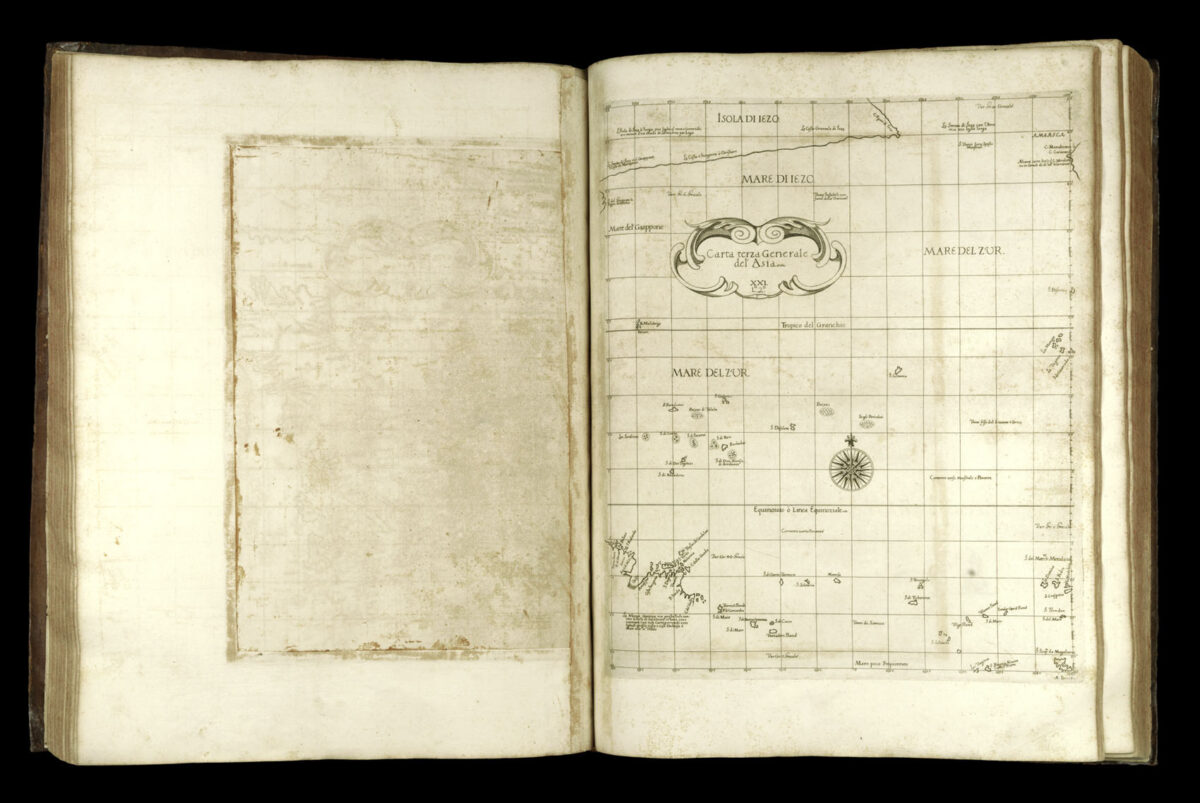 The map shows the edge of the island of Jezo (present-day Hokkaido) continuing from the full map of Japan, the north coast of Papua New Guinea and other islands of the Pacific Ocean.