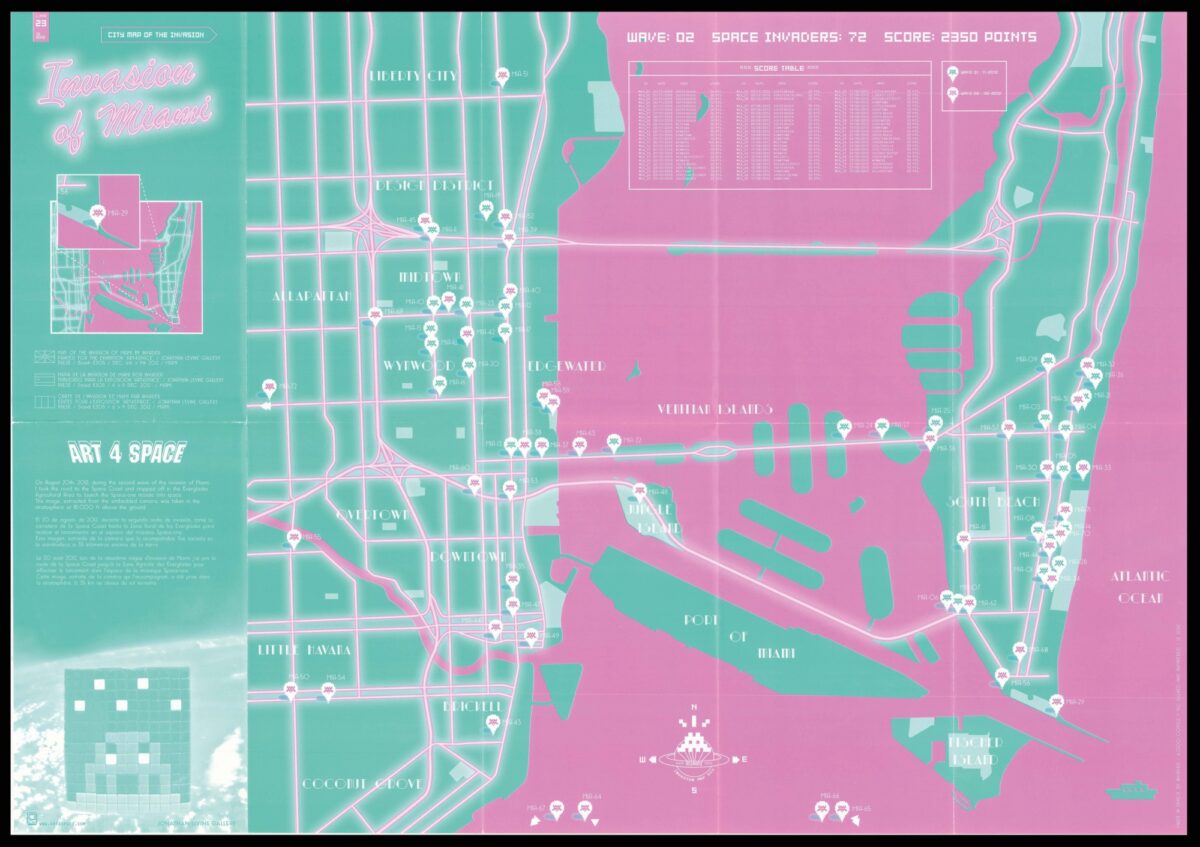 Invader said ​“Going into a city with tiles and cement and invading it… This is the most addictive game I have ever played.”

Invader is an anonymous French street artist known for his practice of plastering mosaic Space Invaders, a character from the 1978 Atari game, on the streets of Paris, His work pays homage to the eight-bit graphics of vintage video games, translating pixeled ​“Invaders” into mosaic tiles, a reference to the ubiquitous pixels of digital imaging and information. He began to spread his art in different cities across the world, including Los Angeles, London, Milan, Berlin, Tokyo, Hong Kong, Bangkok, Miami, and many others. Fifteen years after scattering these works across the earth with successive invasions, the project has grown into a worldwide installation.

In 2012, Invader visited Miami for the second time, expanding his invasion of the city: he added 44 new mosaics to the 28 previously placed in 2010. During this period in Miami, the artist also expanded the installation in space with the project Art 4 Space. His work made its first sub-orbital sojourn on 20 August 2012, when he launched the mosaic Space-One from the Space Coast of Florida in a device he created using his own resources.