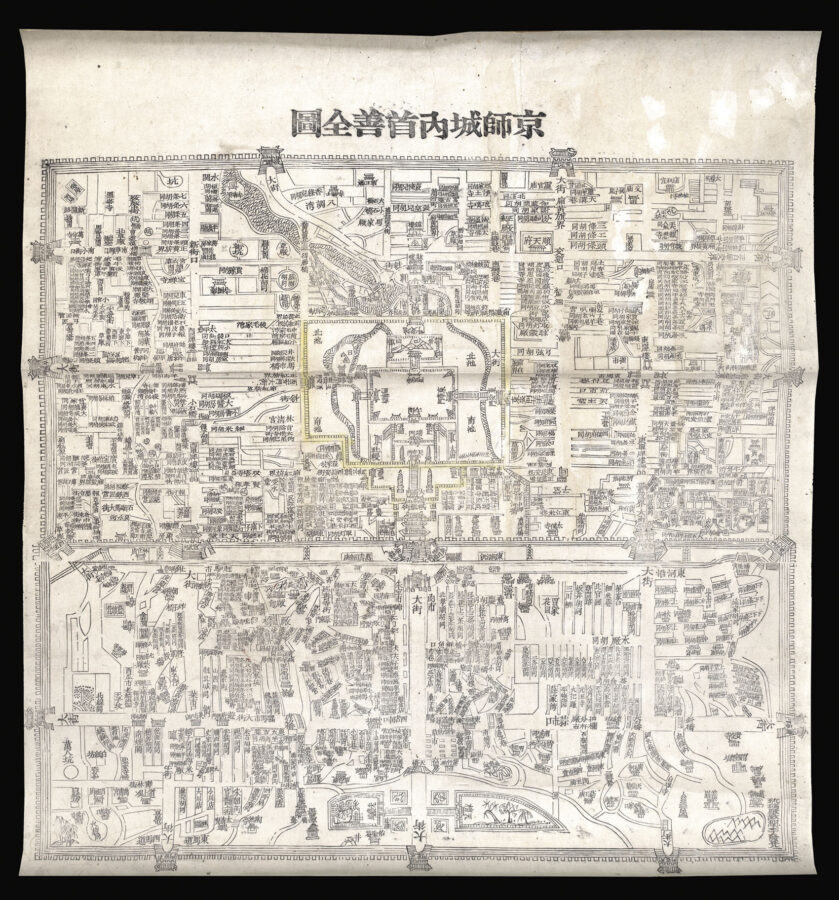 A comprehensive map of Shoushan首善 (inner capital city) Beijing in 1870, accurately depicting the architecture and streets within the symmetrical layout of the city.

A 7.8 kilometre central axis runs as the backbone of the capital city from Yongding Men 永定门 (Yongding Gate) in the north, to the Zhong Gu Lou 钟鼓楼 (Bell and Drum Tower) in the south.

The layout of the city is meticulously depicted and rich in content, and revives the original appearance of the inner city of Beijing in the Qing Dynasty, including, Hutong 胡同 (alleys), city gates, Pailou 牌楼 (archways), temples, and the Gongyuan 贡院 (Imperial Examination Hall). The system is unique to Beijing, and most of the Hutong names shown on the map remain in use today. It is significant to note that the Eight Manchu Banners, a military establishment that has been synonymous with Manchu identity, are also shown on the map.

Beijing’s central axis now extends northwards to a total length of 26 kilometres, connecting the past to the present. The architectural style within the walls of the inner capital city has also evolved, although the past is preserved with the retention of many of the Hutong depicted on the map.

We are only aware of one other example of the map, that in the Yokohama City University Collection.