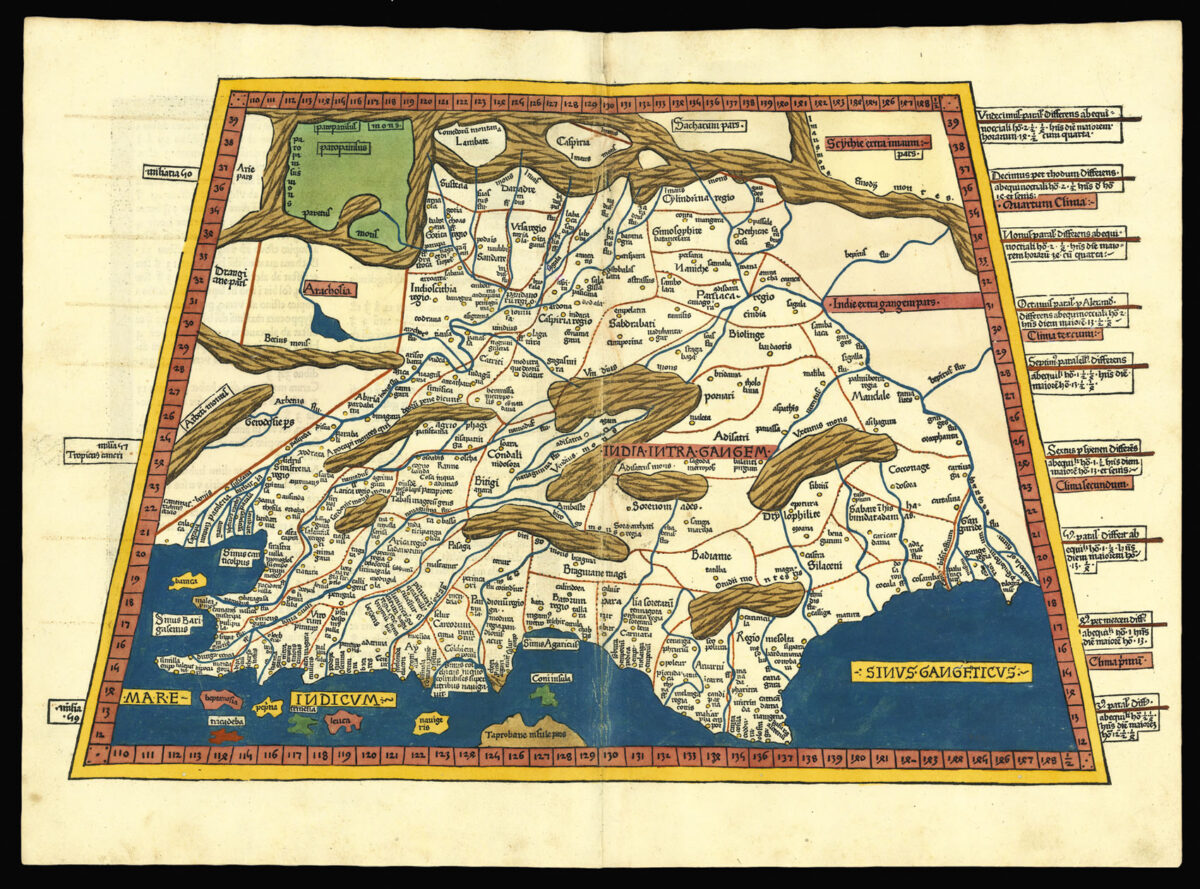 This striking map depicts India as envisaged by the second century A.D, cartographer Claudius Ptolemaeus, and is one of the earliest obtainable prints maps of the area. Ptolemy’s map bears little resemblance to the India subcontinent. Ptolemy’s miscalculation of the length of the Indian coastline, coupled with his under estimation of the circumference of the globe, led the sub-continents distortion, with Ptolemy attempting to cram to much information into too little a space.