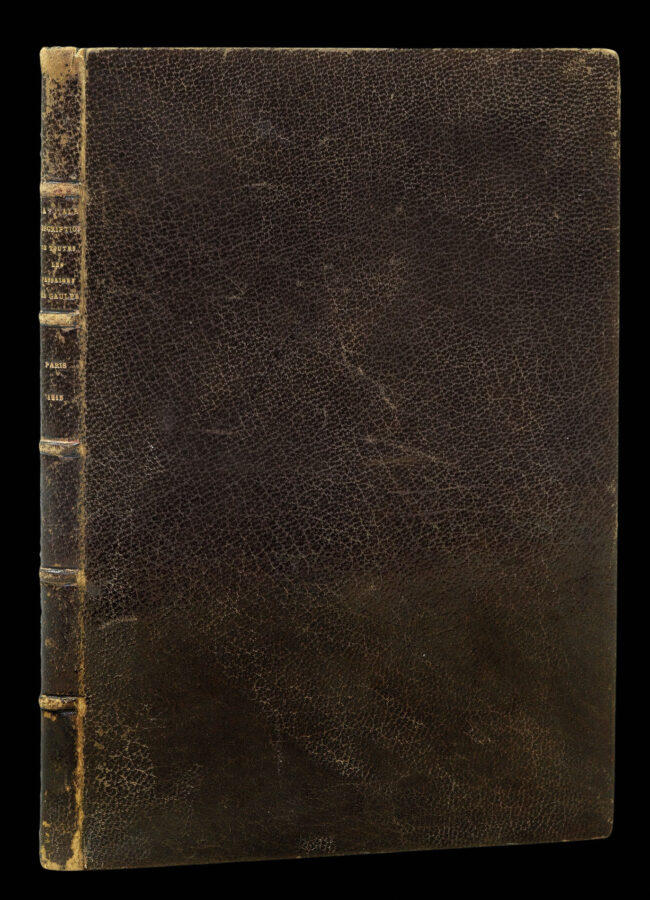 In the footsteps of Hannibal: the first route map through the Alps

In 1495, Charles VIII prepared for the campaign which would see him sweep through the Italian peninsula virtually unopposed by commissioning Jacques Signot to explore and map the Alpine passes that France might use to invade Italy. Very little is known of Signot himself, but he seems to have gone on to have a successful career in cartography, publishing a popular atlas, ​‘La division du monde’ (1539). This is the first recorded example of a French king commissioning a map. Signot produced a manuscript map, the ​‘Code Signot’ between 1495–8, and this printed version, ​‘La Carte d’Italie’, appeared in 1515 (Buisseret). ​“The map shows the nine potential passes through the mountains: it is the first time that the Col de Tende appears on a map” (Coolidge). The accompanying text acts as the first guidebook to Italy, albeit from a firmly military perspective, giving useful information about the terrain: for example, noting that Col de Mont-Genevre ​“is the best and easiest passage for artillery”. It also looks at the more prosaic side of warfare, giving a list of bishoprics and religious houses in the area, and their tax rate, presumably in order to fund campaigns.

The text in this volume first appeared as an appendix to the ​‘Cronique de Gennes’, published by Eustache de Brie in Paris in 1507. Two later undated editions were published in Paris by Michel Le Noir. The present example was the first time it appeared as a separate work, and it was also the first edition to contain the accompanying map.

The book in the first edition as a separate work is rare, with only five copies in institutional collections: Niedersächsische Staats- und Universitätsbibliothek, Göttingen (currently missing); Thüringer Universitäts- und Landesbibliothek; Bibliothèque Mazarine, Paris; Morgan Library, New York; Folger Shakespeare Library, Washington D.C. The map, however, is even rarer: the only other extant example is in the BnF. Fordham refers to a copy in a private collection, presumably the present work. The BnF also holds an example of the 1518 edition with a map, and the Bibliothèque Mazarine has a 1518 edition with a fragment of the map remaining. Coolidge, writing in 1915, records a second edition printed in 1517 with a map, but does not record a map in the 1518 or 1520 editions. Comparison with the present example and the BnF example shows that the text reading ​“Cum privilegio” at the lower edge of the map uses a different lettering and therefore represents a different state of the map. 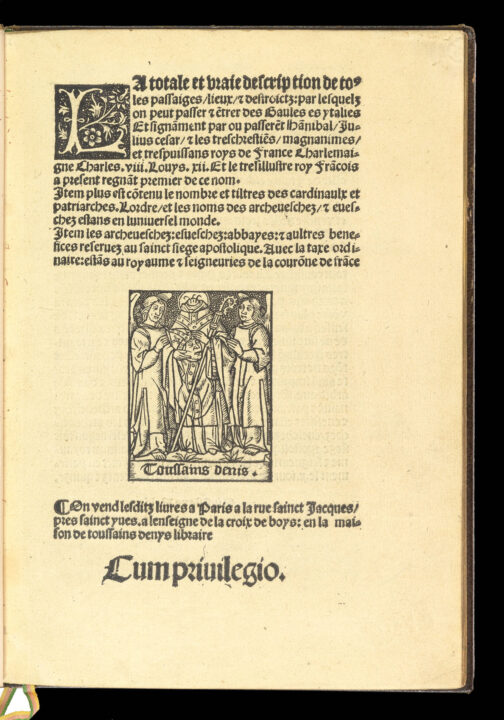 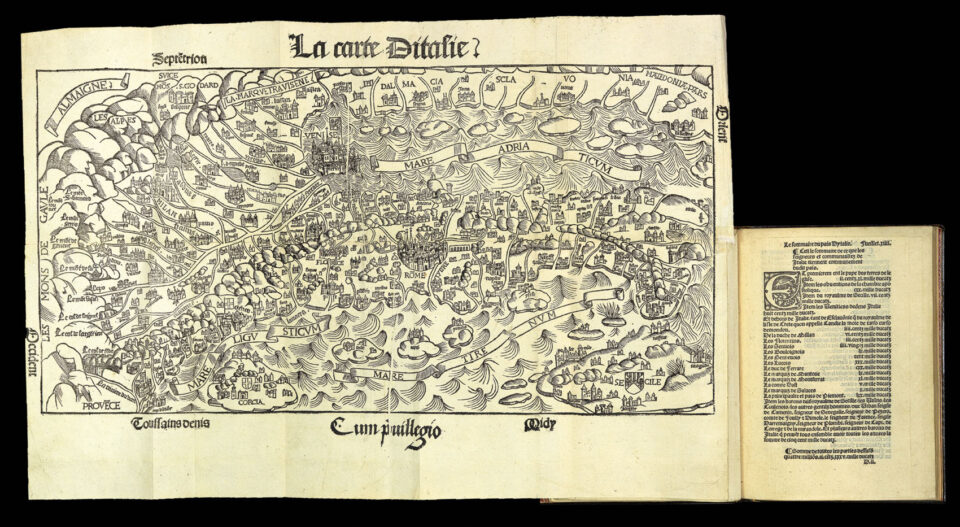