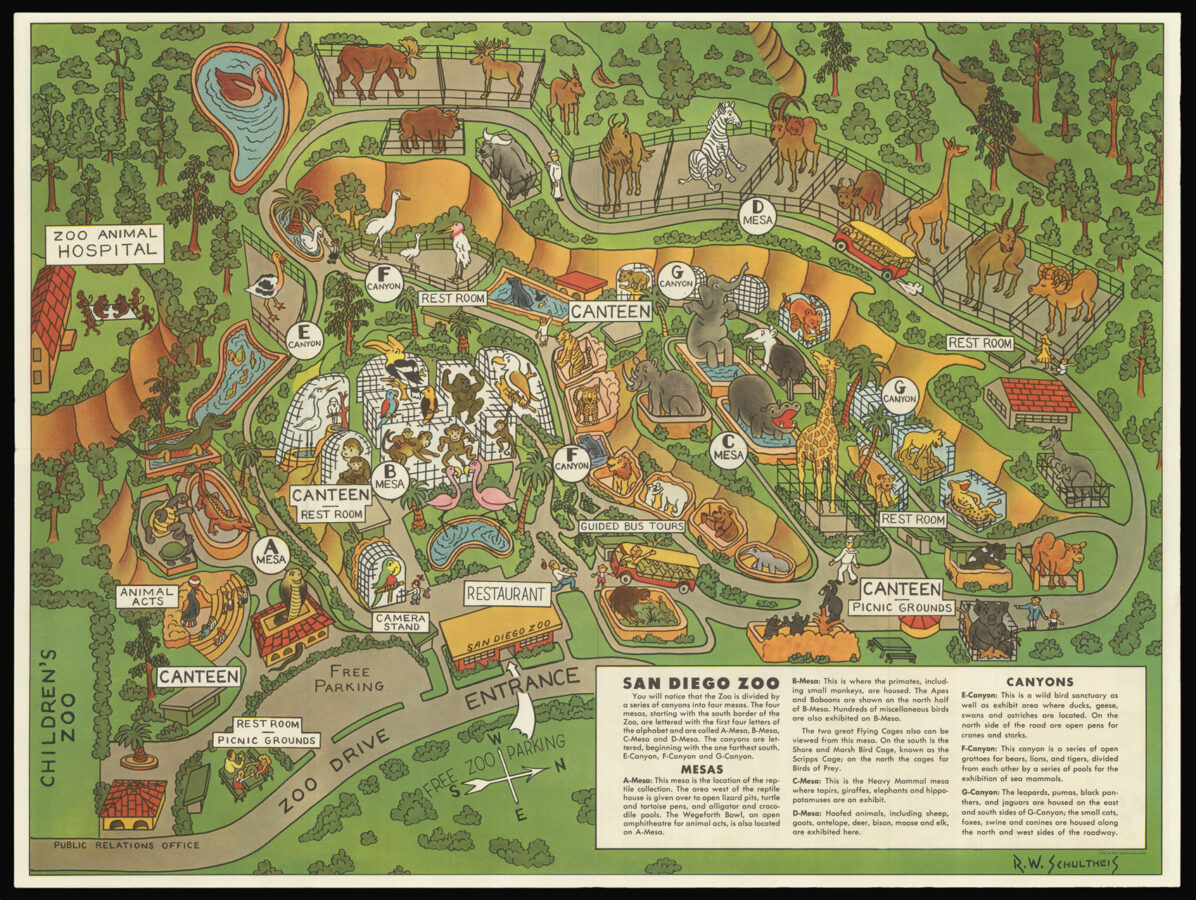 If you go down to the zoo today…

The main bird’s-eye view map of the park shows it pioneering a cageless zoo design: divided into four mesas, housing reptiles, primates, ​‘Heavy Mammals’, and hoofed animals. Between the mesas are canyons where the wild birds, ​‘bears, lions, and tigers’, sea mammals, and cats, can be seen. The park is well served by no fewer than six restaurants and canteens, and an Animal Hospital.

San Diego Zoo was founded in 1916 in Balboa Park to house the animals left behind after the Panama-California Exposition of 1915 and the menagerie from the Wonderland Amusement Park. At the time of this map, the zoo was managed by the only female zoo director in the world: Belle Benchley.

Surprisingly rare, only known in one institutional example, at Yale. 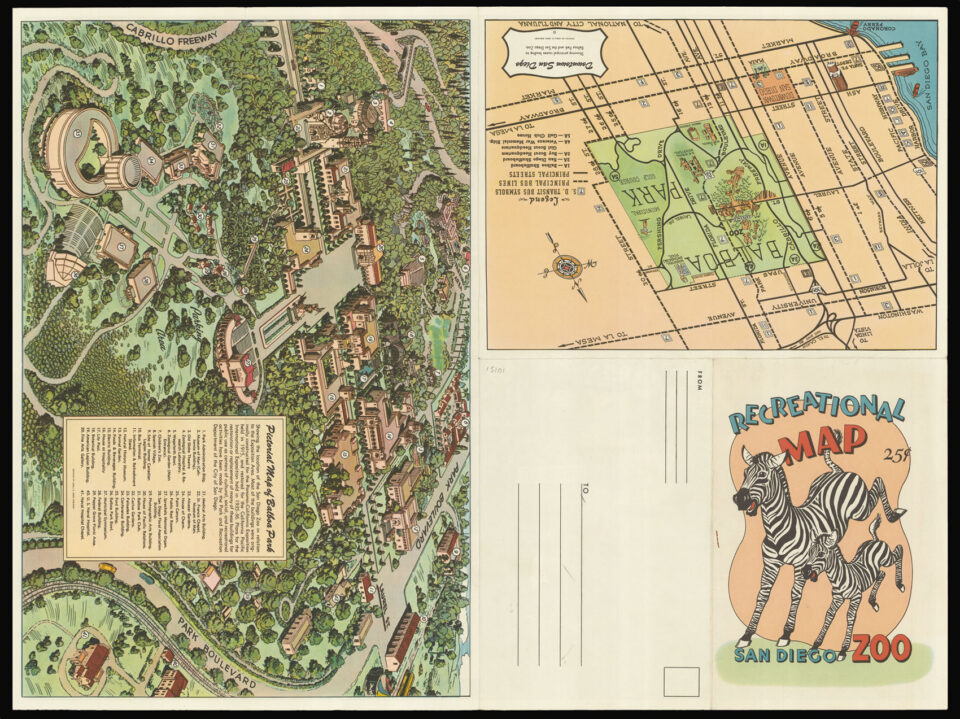