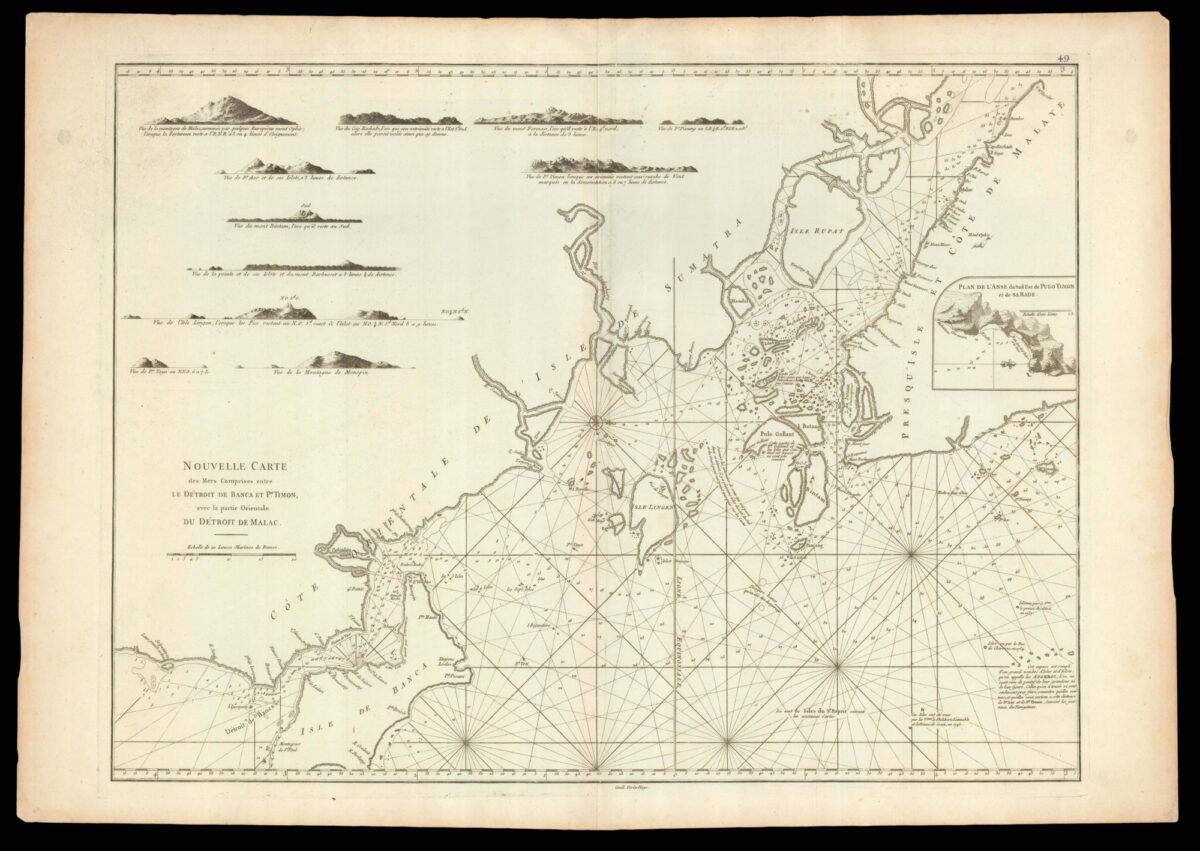 Oriented with west to the top, this chart of the southern tip of the Malay Peninsula, part of the Malacca Strait, and Singapore Strait, shows Singapore as an island, ​“I. de Jatana ou de Saincapour”. With numerous coastal profiles and an inset ​‘Plan de l’Anse, du Sud Est de Pulo Timon et de sa Rade’. While many of the treacherous islands of the navigable straits and depth soundings are shown, a note on the chart warns that there are numerous uncharted islands to the south and west. 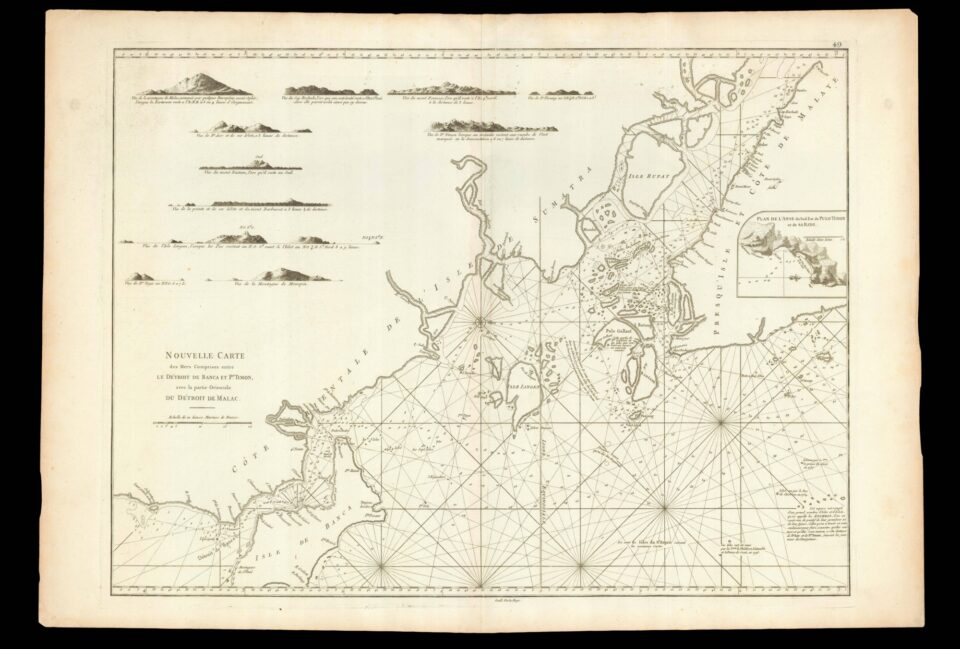