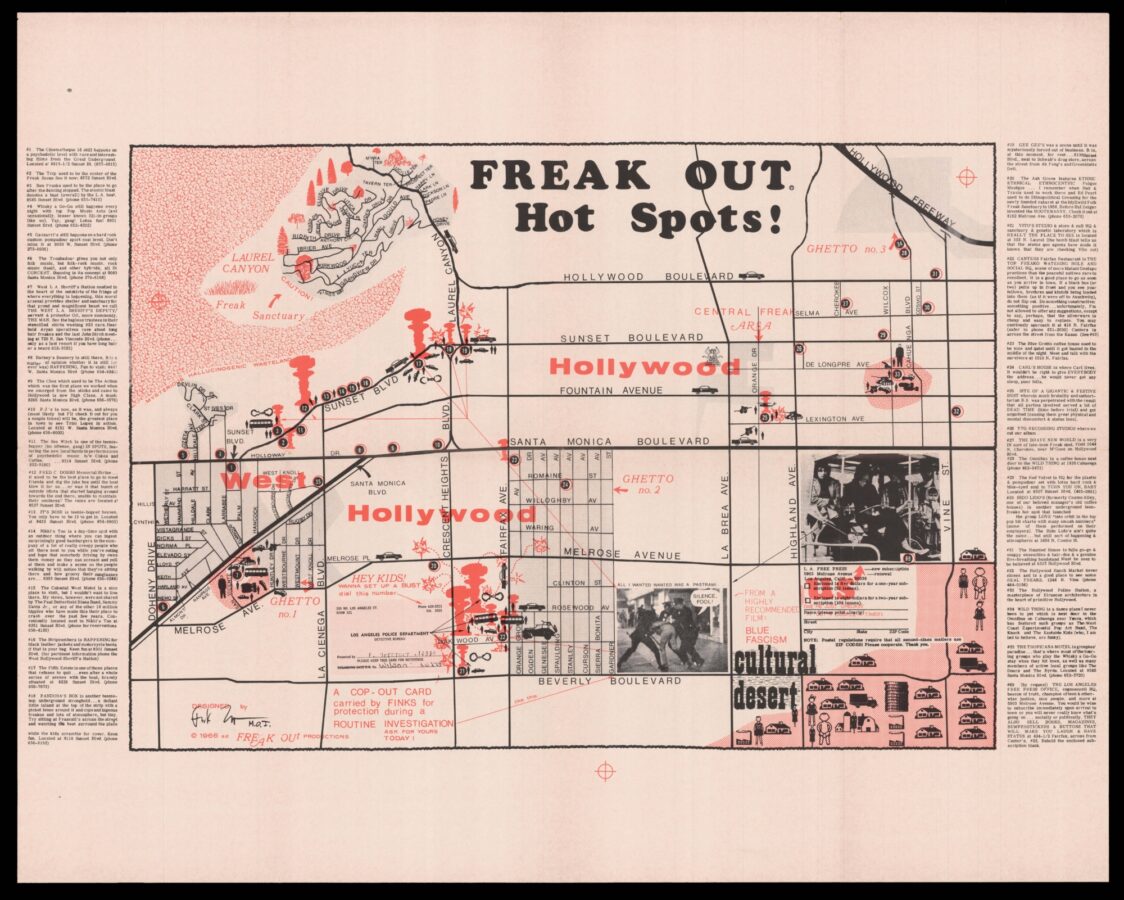 “Hurry! This map has no consumer potential!”

An advertisement for the present map appeared inside the gatefold album cover of early US pressings of ​‘Freak Out’, The Mothers of Invention’s 1966 debut studio album. It states that fans interested in procuring a copy of ​“the special map we have prepared” should send $1.00 to MGM studios in New York City. The ad is addressed to people who are planning on visiting L.A. that summer, and it promises that the map will tell you how to get to certain ​‘Freak-Out Hotspots,’ such as Canter’s Deli and Whisky a Go Go, as well as to warn you about places ​“where the heat has been busting frequently, with tips on safety in police-terror situations.” Given the map’s great rarity, it is apparent that few people actually sent in a dollar for the map. This lack of interest can, in part, be explained by the fact that ​‘Freak Out’ was neither a commercial nor critical success in the US when first released. However, the album soon developed a major and lasting cult following, and it is often cited as one of rock’s earliest concept albums and as Zappa’s breakthrough as a musician.

The freak scene, begun in California in the mid 1960’s and closely associated with the Hippie Movement, was defined by a rejection of mainstream post-war American culture in favour of new and broadly defined forms of liberalism and counterculture. As Zappa writes inside ​‘Freak Out’s album cover, ​“On a personal level, Freaking Out is a process whereby an individual casts off out-moded and restricting standards of thinking, dress, and social etiquette in order to express CREATIVELY his relationship to his immediate environment and the social structure as a whole.” ​‘Freak out’ as an album embodies Zappa’s definition of the movement, both as an avant-garde musical experiment, and in it’s concept, where each song forms part of a larger satire of the frivolous and media-obsessed mainstream American consumer culture. 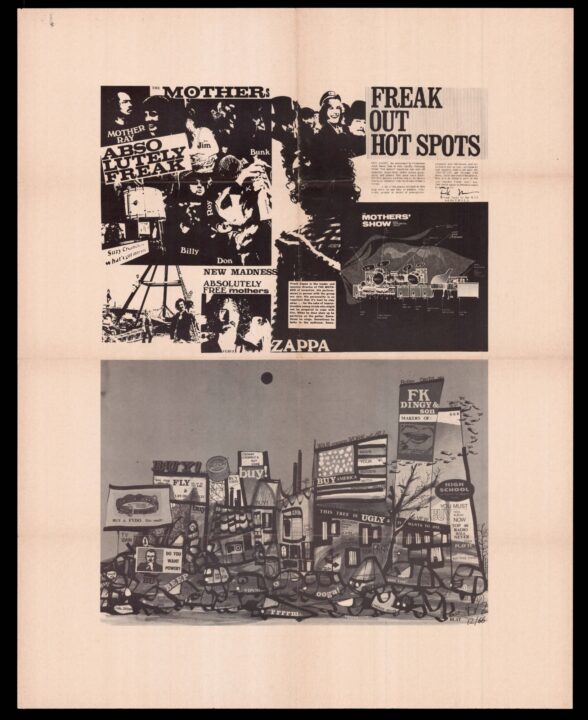