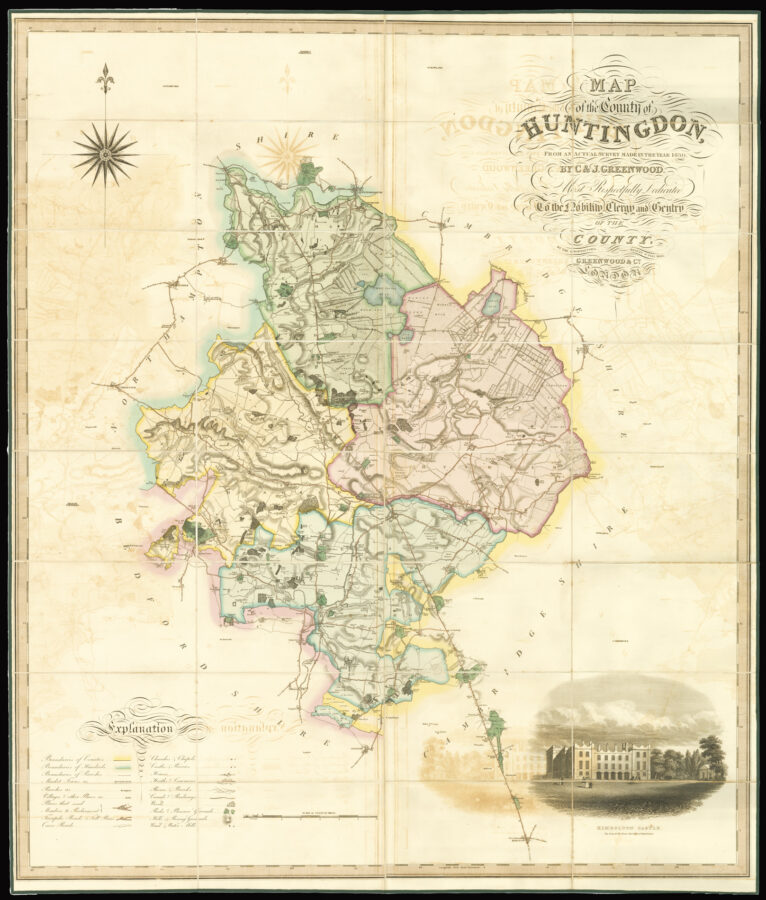 Map of the County of Huntingdon, From An Actual Survey Made In The Year 1830