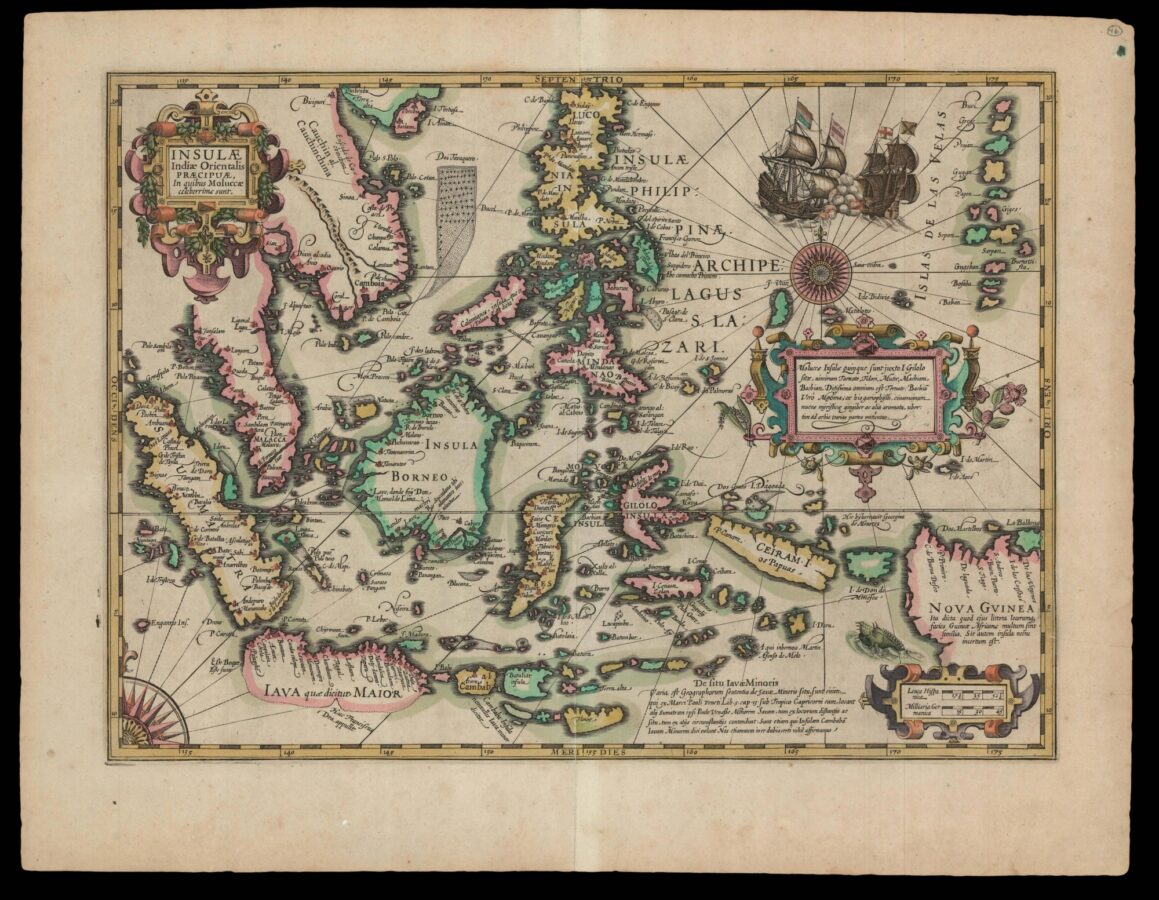 By MERCATOR, Gerard; and Jodocus HONDIUS, 1609

Hondius’s map of Southeast Asia is one of thirty-seven new maps engraved for the ​‘Gerardi Mercatoris Atlas Sive Cosmographicae’ in 1606, here from the French language edition published from 1609. It is one of few maps of the period to show any trace of Francis Drake’s voyage through Southeast Asia. ​“Huc Franciscus Dra. Appulit” appears beneath the sketched outline of the southern coast of Java, indicating a possible landing site during his circumnavigation of the globe in 1577–80. Although the exact point at which Drake first made landfall in Asia is disputed, it is very likely that the island of Palau in Micronesia was the place. ​“From Micronesia he continued west to Mindanao, then sailed southeast in search of the Spiceries. He picked up two native fishermen in canoes in the sea somewhere northeast of Sulawesi, who guided him to the Moluccas. Leaving the Moluccas filled with spices and the precious spoils of earlier plunder in South America, Drake attempted to navigate the tricky waters leading to the clearer seas to the south, but ran aground on a steep reef off Sulawesi. Three tons of cloves, among other valuables, were dumped overboard to lesson their weight, but nothing seemed to help them from what appeared to be inescapable disaster until the strong winds reversed, freeing them from the reef ” (Suarez page 193, fig 112).
Jodocus Hondius I (1563–1612) established the Hondius publishing house in Amsterdam, the center of cartographic production in the late sixteenth century. Between approximately 1584 to 1593 he lived and worked in London. Whilst there, he took a particular interest in Drake’s voyages and the man himself, with several engravings of the explorer attributed to him.
Hondius purchased many copperplates by Gerard Mercator (1512–94) in July of 1604, probably bought at Leiden at the auction of Mercator’s library, then in the possession of his grandson, Gerard Mercator, Jr. Hondius built a successful publishing career from his own Mercator-Hondius atlas, as ​‘Gerardi Mercatoris Atlas Sive Cosmographicae’ in 1606 with 37 newly engraved maps, taking the total to 144. A revised text was written by Petrus Montanus. In 1609 a French edition was published, with by now, 147 maps.
After Jodocus Hondius I’s death in 1612, his widow, Jodocus Hondius II and his brother, Henricus Hondius II (1597–1651), continued publishing atlases under his name until 1620. 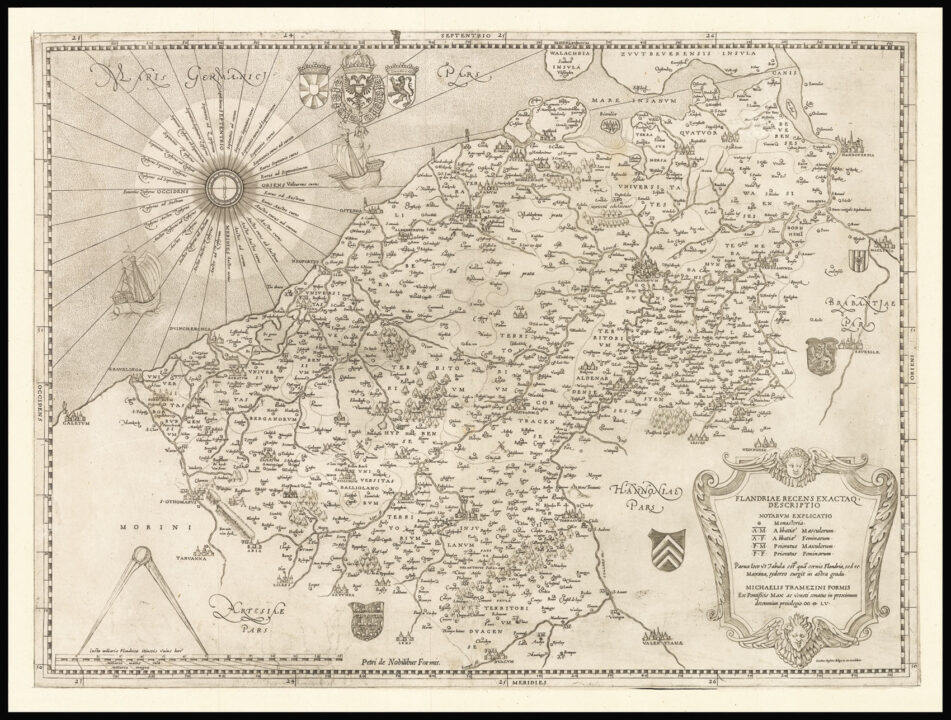