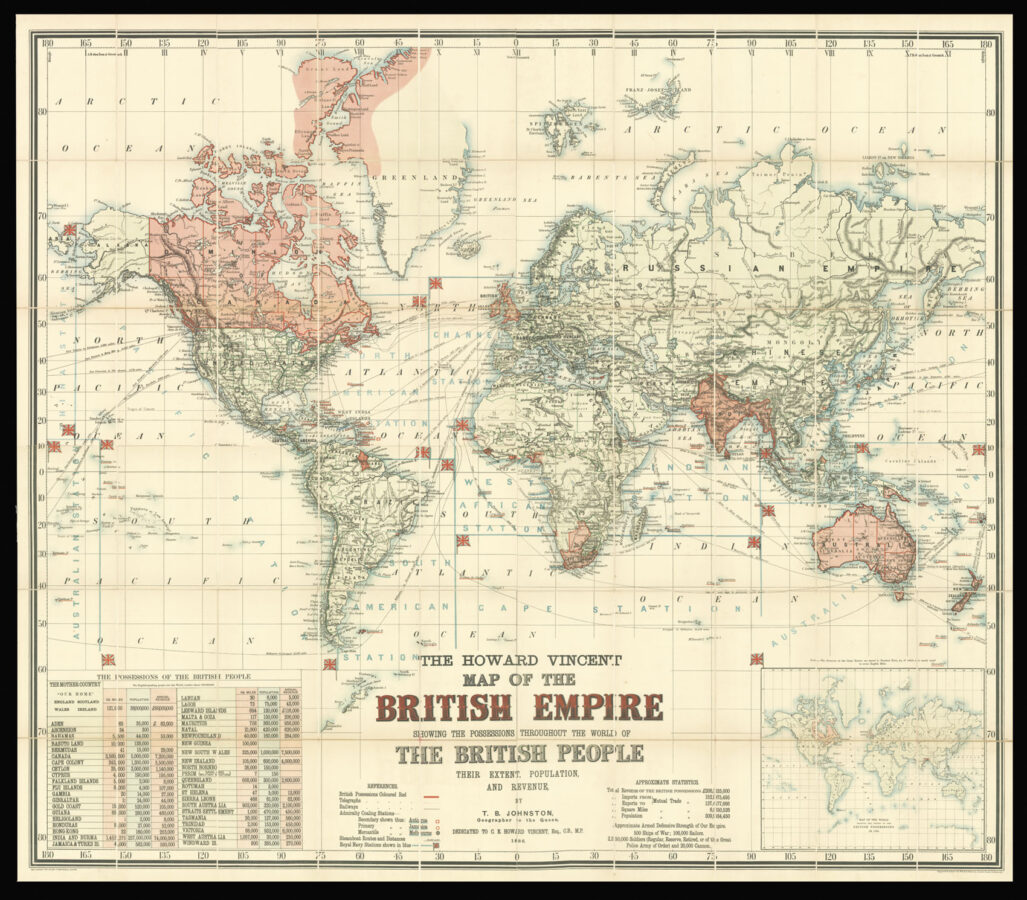 The map shows the British Empire at its high water mark in the year 1886. Below the map is a table of ​‘possessions of the British People’, which lists each country’s size, population, and annual revenue. The ​‘Mother Country’- ie Britain — is said to have a population of 36 million, with an annual revenue of £90 million; India and Burma with a population of 257 million, has the second largest revenues of £74 million; the smallest population 150 is recorded for the naval station at Perim Island off the Horn of Africa, which has an area of a mere seven sq. miles. A key to the map marks, British colonies; telegraph lines; railways; admiralty coaling stations, secondary, primary, and mercantile; steamboat routes and naval stations. The total revenues of the Empire are said to be £206,335,000, with the Empire’s armed forces amounting to two and a quarter million, 500 battleships, 106,000 sailors and 20,000 canon. To the lower right is an insert of British possessions in 1786.

Howard Vincent (1849–1908) was a soldier, lawyer, police official, and conservative politician. After a tour of the British possessions in the early 1880 — in which Vincient became convinced of the merits of the Empire — he stood for the Conservative party in the 1885 election. He won the Sheffield Central seat — defeating Samuel Plimsoll (of Plimsoll Line fame) along the way. It was a seat he was to occupy until his death in 1908. A staunch supporter of the Empire he set up the United Empire Trade League in 1891.