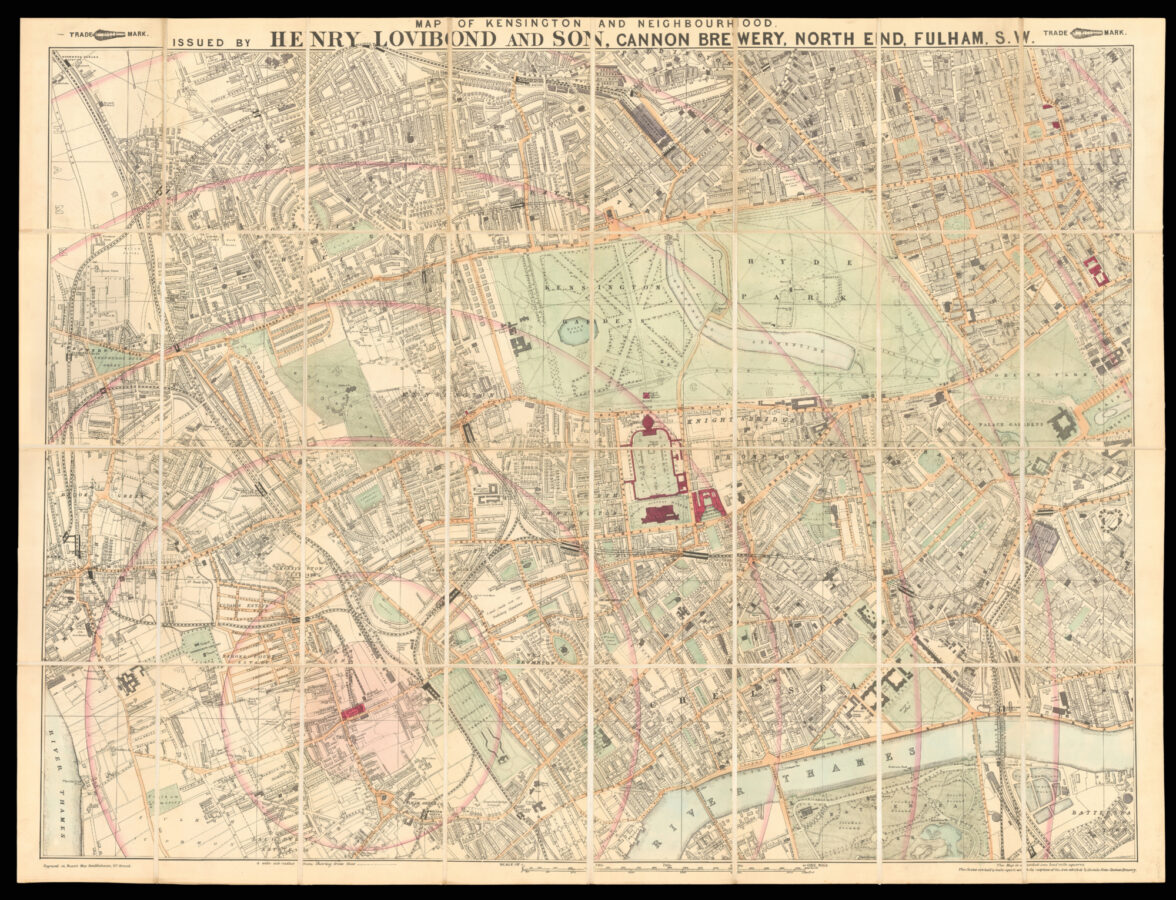 George Washington Bacon (1830–1922) was an American publisher working in Britain. His first business failed and he declared bankruptcy in 1867, but reopened on the Strand in 1870 and built his house into one of the most successful in London.

The map of Kensington extends from Paddington to the north and Fulham to the south, and Hammersmith to the west and Green Park to the east. It prominently shows the Henry Lovibond & Son Cannon Brewery on the Lillie Road highlighted with red circles radiating from it in half mile increments, with the first being a quarter mile in distance.

Henry Lovibond (c1840-1910) was a brewer from Clerkenwell who acquired ​‘The Hermitage’ villa and the remnants of its park on the corner of Lillie and North End Roads in 1867, and in the same year he built his Cannon’s brewery there.

Kensington was already an affluent borough after substantial redevelopment in the early nineteenth century, but in recent decades it had become a cultural centre as well. The Great Exhibition took place in Hyde Park in 1851, and the cultural complex known as Albertopolis began to form: the South Kensington Museum & School (now the Victoria & Albert Museum) opened in 1857, the Natural History Museum in 1881, and in 1881, and the Royal Albert Hall in 1871.