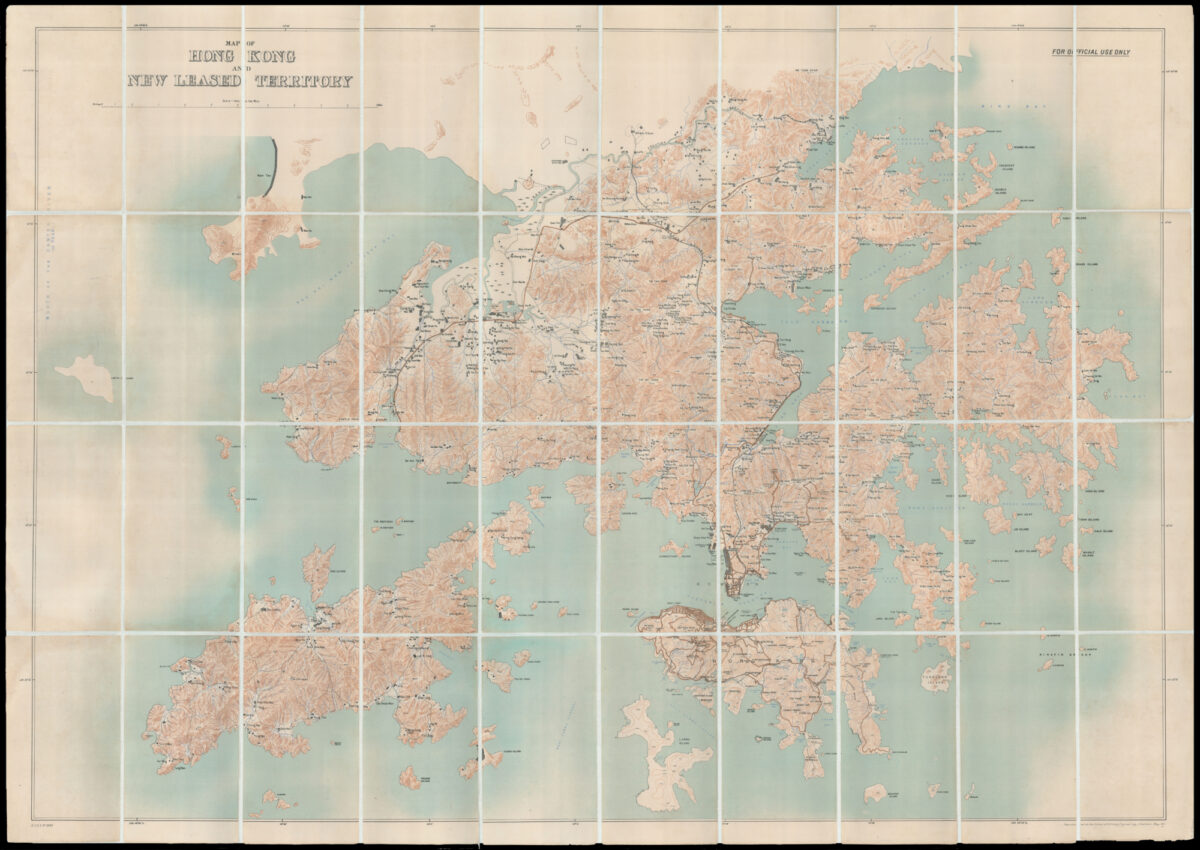 Hong Kong and the New Territories

By SCHOOL OF MILITARY ENGINEERING, CHATHAM, 1911

This map of Hong Kong and the New Territories is one of the earliest maps to show the topography of Lantau Island and adjacent islands in detail. Hills are shown with contours and hachure shading, with heights given in feet, and villages are named. Cheung Chau, called ​“Chung Island”, is detailed, but Lamma appears to have been only partially surveyed. The ​“Mouth of the Canton (or Pearl) River” runs along the left margin. Mountains of interest include Lin tau (Lantau) Peak at 3064 feet, Victoria Peak at 1774 feet, Ma On Shan at 2261 feet, and Tai Mo Shan at 3130 feet. Part of the new, single-track Kowloon Canton Railway (which opened in 1910) is depicted between Tsim Sha Tsui and Sham Chun (Sum Chun).

This map is an early example of the topographical maps of areas of British political and commercial interest compiled by the Geographical Section, General Staff of the War Office throughout the twentieth century.