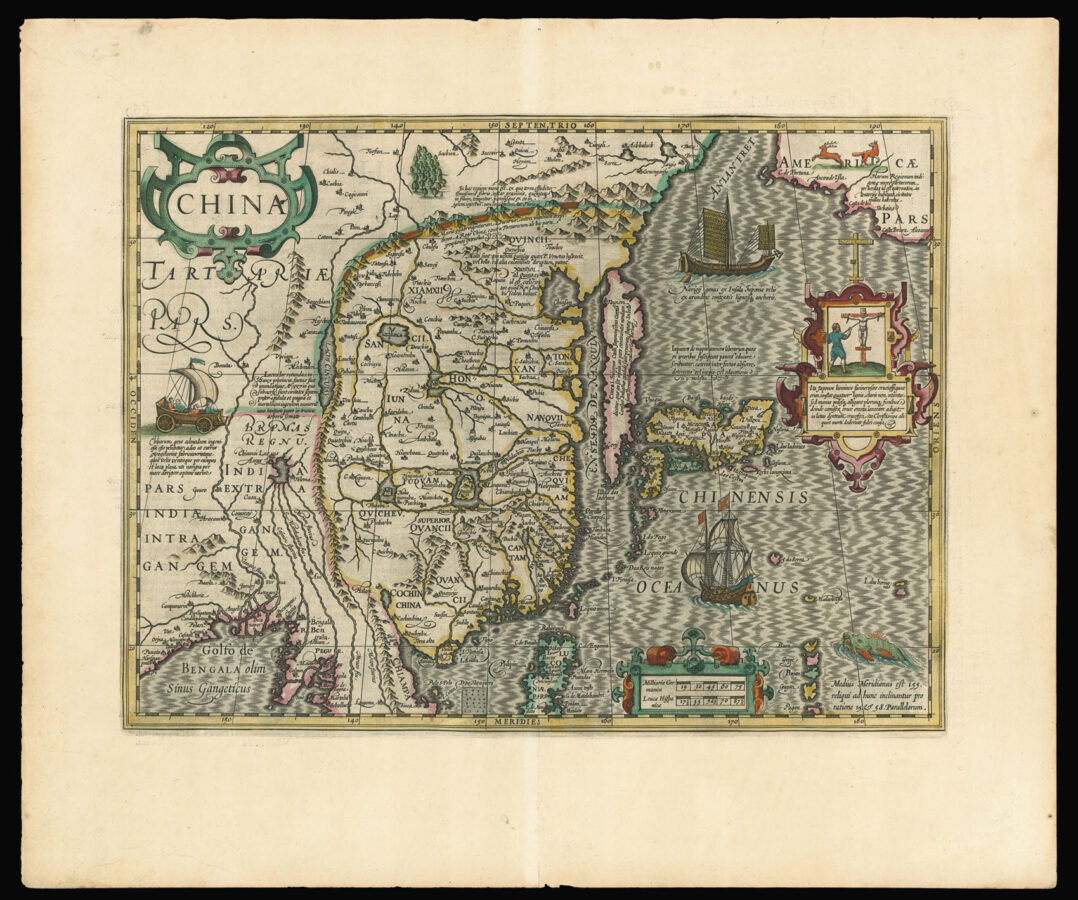 Hondius’ map of east Asia after Gerard Mercator. China is somewhat condensed, and Japan (drawn after Luis Teixeira) is similarly misshapen. Korea is shown as an island. The Great Wall is shown in the north of China, and to the left is an illustration of a Chinese windboat. The mythical Strait of Anian is shown between Asia and America, with a section of the northwest American coast visible, inhabited by a deer and a wolf. Two ships, one similar to a Chinese junk and the other European, patrol the Pacific Ocean. In a decorative cartouche there is a description and illustration of a Japanese crucifixion, a practice introduced into Japan in the early modern period.

Jodocus Hondius (1563–1612) bought the plates of Gerard Mercator’s ​‘Atlas’ in 1604. Mercator’s ​‘Atlas’ had underperformed in comparison with the work of his contemporary Abraham Ortelius, ​‘Theatrum Orbis Terrarum’. Hondius updated and added to Mercator’s work and reissued it.