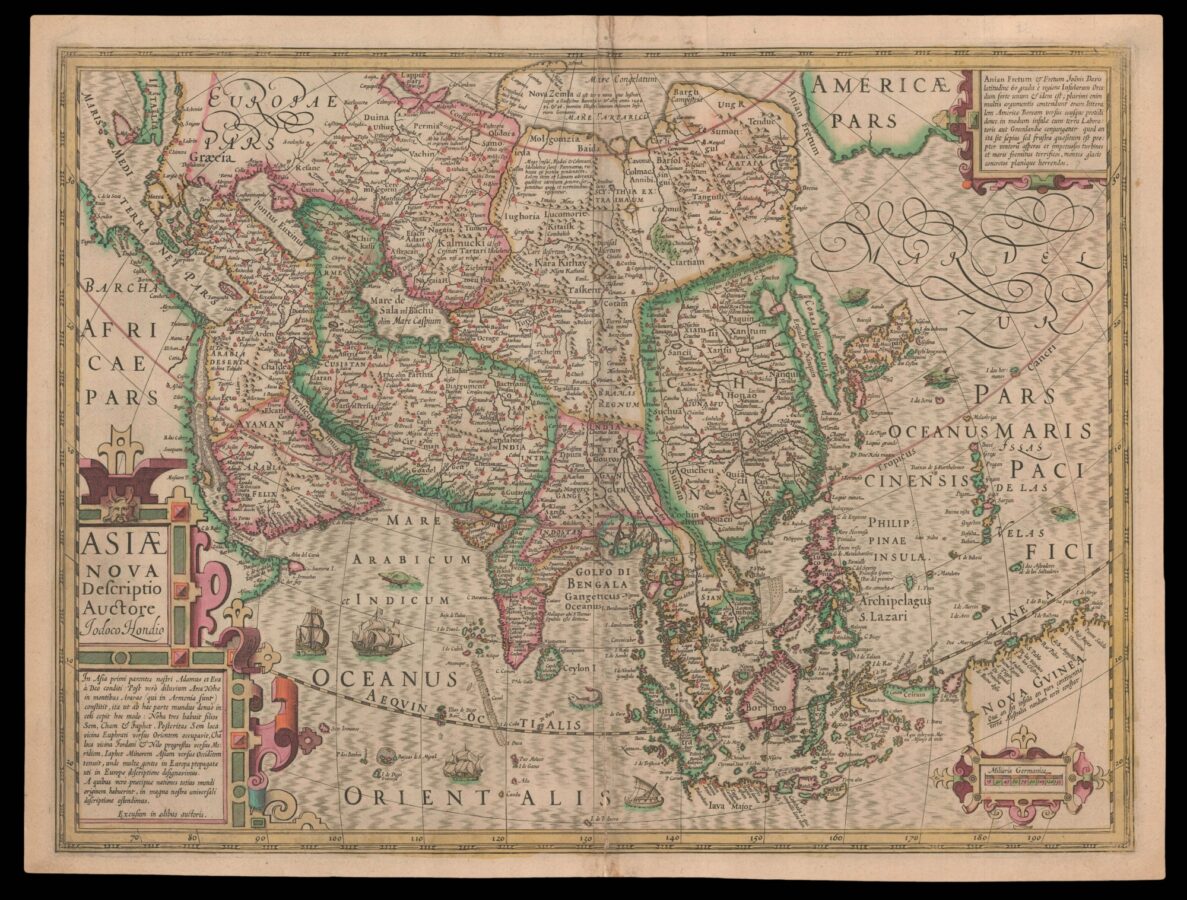 Hondius redrew Mercator’s map of Asia for the 1606 edition of the Mercator-Hondius atlas, updating the geography and changing the cartouches. A text cartouche underneath the title cartouche describes the history of Asia, and another at the upper right corner discusses the Strait of Anian. There are two European vessels in the Indian Ocean, and an Asian vessel sailing towards Indonesia.
Korea is shown as an island, with a narrow strait between the island and the mainland. Japan is drawn after the Ortelius-Teixeira model, with three main islands, and surrounded by two sea monsters. Hondius has improved the outlines of Sri Lanka and Borneo, although in the north of India the Gulf of Khambhat is shown reaching too far inland. A note on New Guinea records that it is still unclear as to whether is is part of the mythical southern continent Terra Australis.
Jodocus Hondius acquired the copperplates for Gerard Mercator’s atlas from his heirs. He added thirty-seven maps and updated the rest, and released the atlas using Mercator’s name.