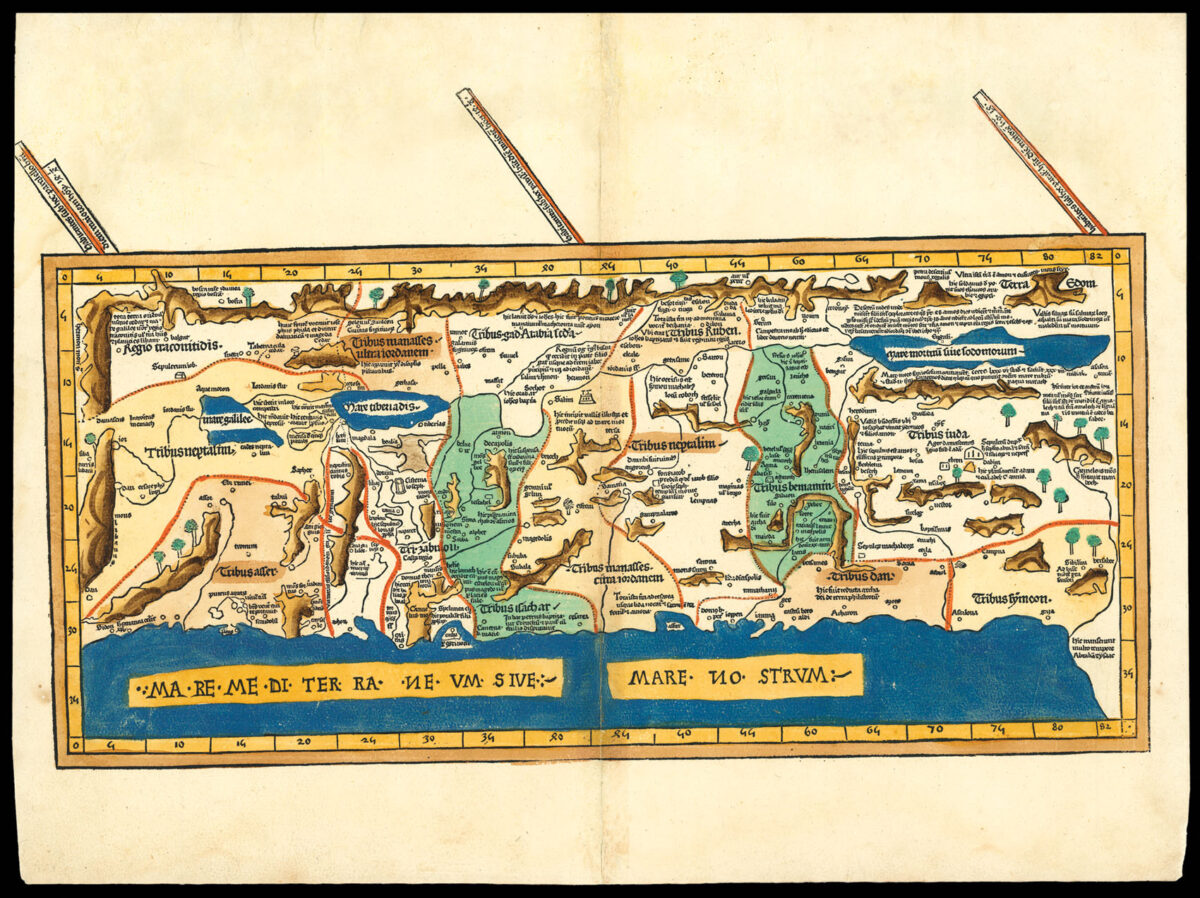 This map of Palestine was based upon maps by Petrus Vesconte, published by Marino Sanuto in c.1320.

​“The map is orientated to the east, and shows the whole of Palestine on both sides of the Jordan divided into the 12 Tribes. The shore line runs from Sidon to Gaza. South of a fantasy Carmel Mountain there is a big island, called the Castle of the Pilgrims (Atlit of today), and a similar but smaller island north of Jaffa called Assur. The Carmel Mountain is misshapen. The Jordan River in its wide meanderings is shown as a thin line” (Laor).