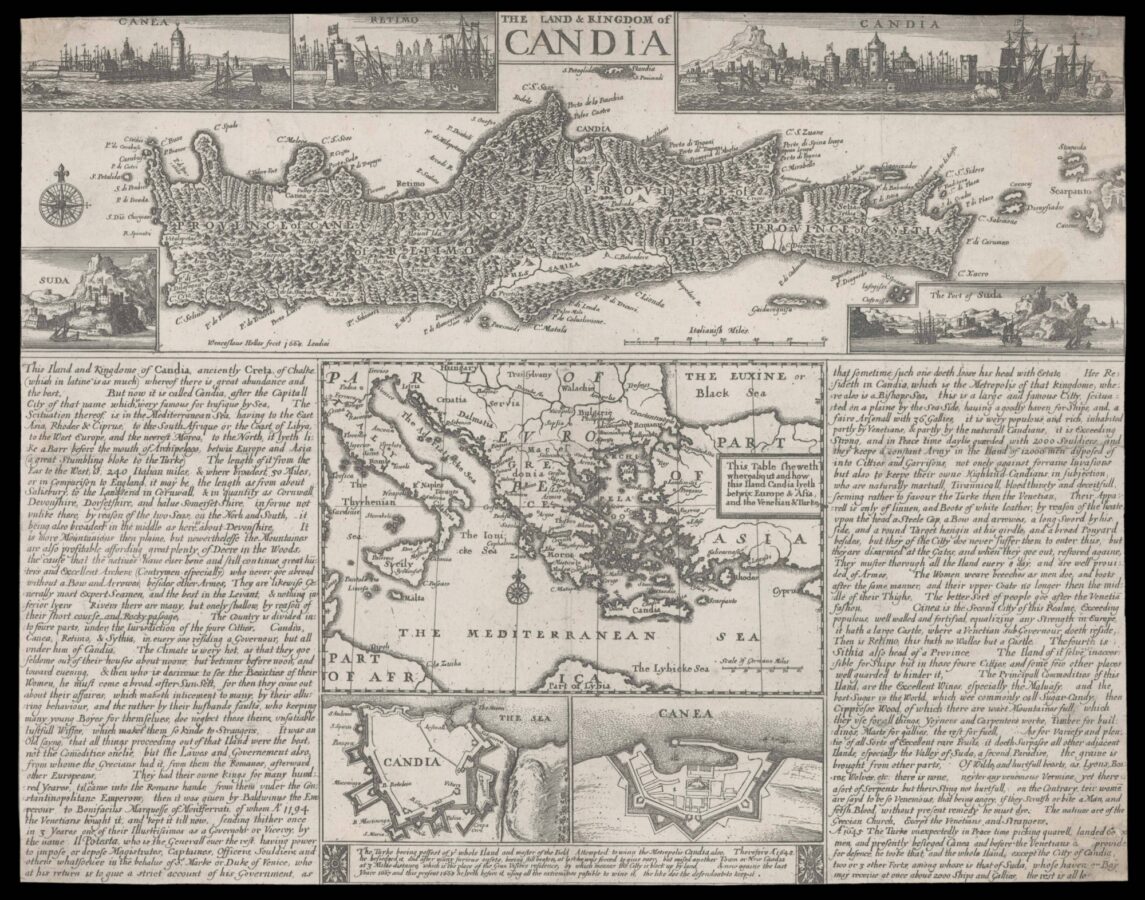 The Land & Kingdom of Candia.

Although most of Crete was conquered by the Ottomans in the first few years of the war, the fortress of Candia (modern Heraklion), the capital of Crete, resisted successfully. Its prolonged siege, ​“Troy’s rival” as Lord Byron called it, forced both sides to focus their attention on the supply of their respective forces on the island. For the Venetians in particular, their only hope for victory over the larger Ottoman army in Crete lay in successfully starving it of supplies and reinforcements. Hence the war turned into a series of encounters between the two navies and their allies. Venice was aided by various Western European nations, who, exhorted by the Pope and in a revival of crusading spirit, sent men, ships and supplies ​“to defend Christendom”. Throughout the war, Venice maintained overall naval superiority, winning most naval engagements, but the efforts to blockade the Dardanelles were only partially successful, and the Republic never had enough ships to fully cut off the flow of supplies and reinforcements to Crete. The Ottomans were hampered in their efforts by domestic turmoil, as well as by the diversion of their forces north towards Transylvania and the Habsburg Monarchy.

The prolonged conflict exhausted the economy of the Republic, which relied on the lucrative trade with the Ottoman Empire. By the 1660s, despite increased aid from other Christian nations, war-weariness had set in. The Ottomans on the other hand, having managed to sustain their forces on Crete and reinvigorated under the capable leadership of the Köprülü family, sent a final great expedition in 1666 under the direct supervision of the Grand Vizier. This began the final and bloodiest stage of the Siege of Candia, which lasted for more than two years. It ended with the negotiated surrender of the fortress, sealing the fate of the island and ending the war in an Ottoman victory. In the final peace treaty, Venice retained a few isolated island fortresses off Crete, and made some territorial gains in Dalmatia.

Hollar on the broadside provides an extensive introduction to Crete including it’s history, inhabitants, natural resources, climate, geographical features,and its principal cities. He goes on to discuss the number of Venetian soldiers garrisoned on the island — said to be 12,000 men, in order to ​“keep their owne Highland-Candian’s in subjection who are naturally… bloodthirsty and deceitfull seeming to rather favour the Turke rather than the Venetian”. He ends the text with a brief discussion of the Turkish invasion, which consisted of 60,000 men, with only the ports of Heraklion and Souda holding out against the invaders.

The text below the plans of Heraklion and Chania reports on the final siege of 1668, with the defendants still holding out. The city would fall the following year.

Rare. We are only able to trace three insitutional copies: The Royal Collection, Windsor; The British Museum; and The Czech National Library. 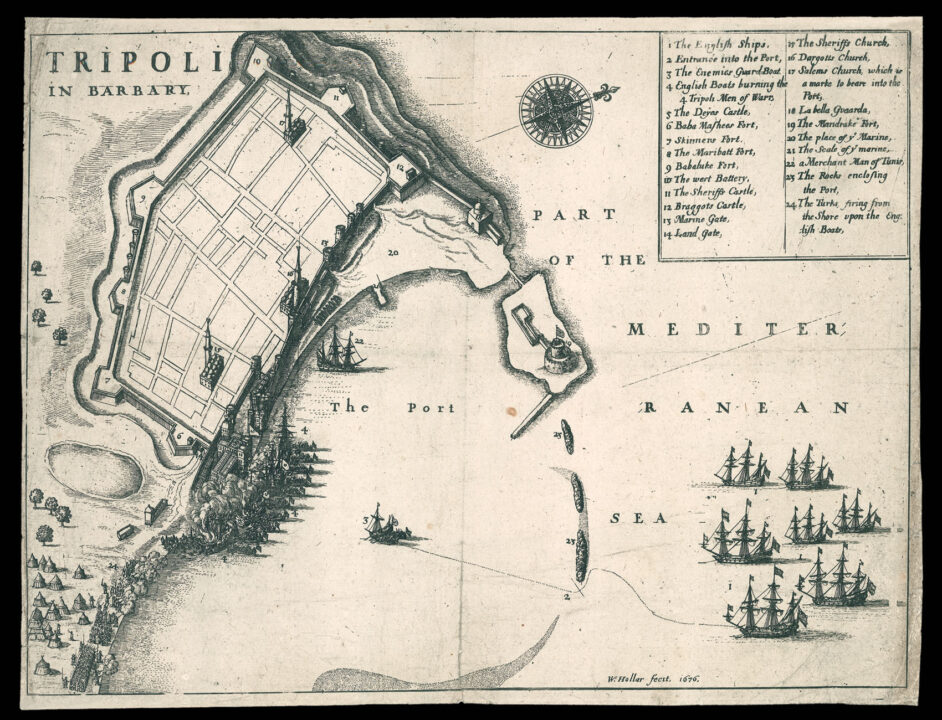