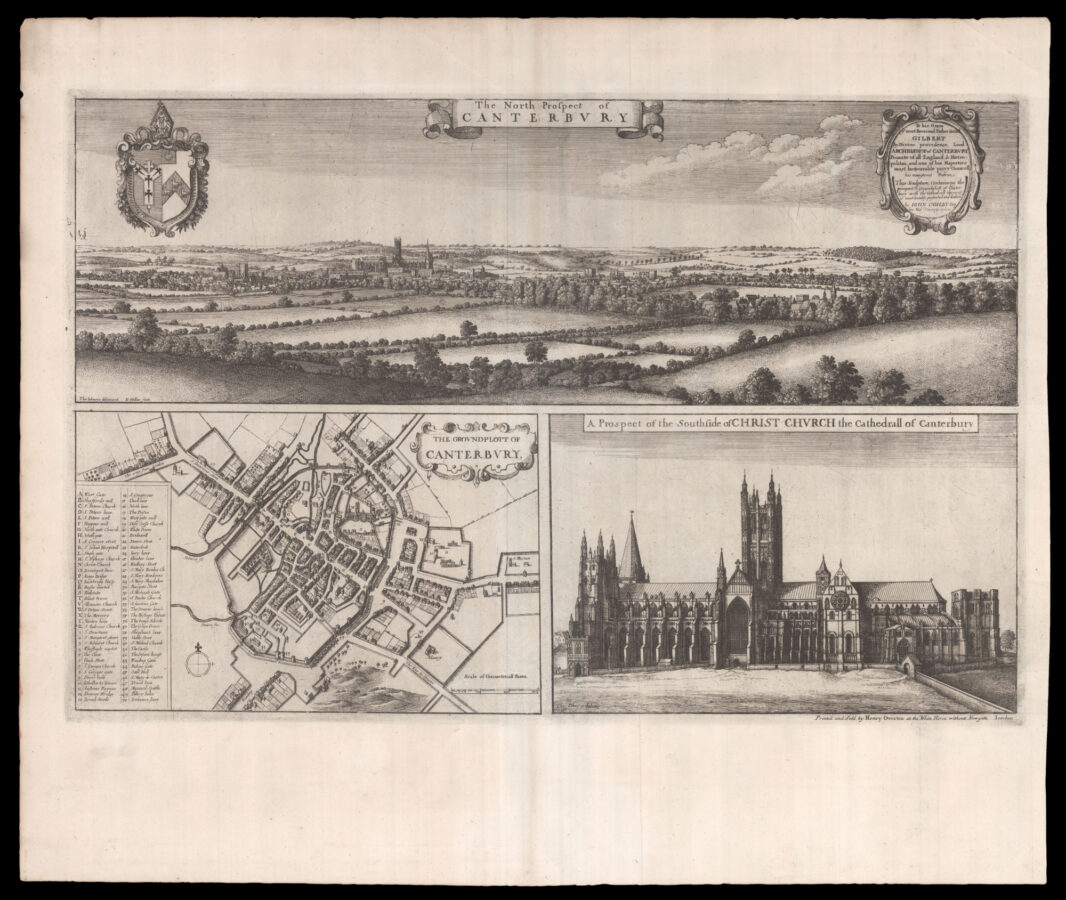 The North Prospect of Canterbury.

During the English Civil War, the city of Canterbury was governed by a puritan mayor, against whom riots broke out when he attempted to ban Christmas Day church services. This unrest later spread to a revolt throughout the entire county of Kent, which contributed to the start of the war’s second phase. Ultimately, however, Canterbury surrendered to the Parliamentary forces following the Battle of Maidstone in 1648. Hollar’s etchings of the city were made after this conflict, probably during the early years of the Restoration.

The print is divided into three images. Along the top, ​‘The North Prospect of Canterbury’ shows a panoramic view of the rolling countryside surrounding the city, whose cathedral tower stands out prominently. To the right there is a cartouche containing the print’s dedication to the Archbishop of Canterbury. Below on the left is ​‘The Groundplott of Canterbury’, an aerial plan of the central city with a key in the corner identifying notable sites, refered to using both an alphabetical and numerical system: A‑Z and 1–50. Finally on the lower right is ​‘A Prospect fo the Southside of Christ Church the Cathedrall of Canterbury’, showing the south facade of the impressive church, with a few separate buildings just visible to the left.

The views were originally drawn by Thomas Johnson, who was active in Canterbury during the Commonwealth and worked with Hollar directly. The dedication in the cartouche on the panorama is dedicated by John Ogilby, for whom Hollar produced many prints during the 1650s, 1660s and 1670s.The present example is the second state, reissued by Henry Overton during the eighteenth century, and included in ​‘Nouveau Theatre de la Grande Bretagne’ of 1724. The only difference is the addition of Overton’s imprint to the lower right-hand border. It 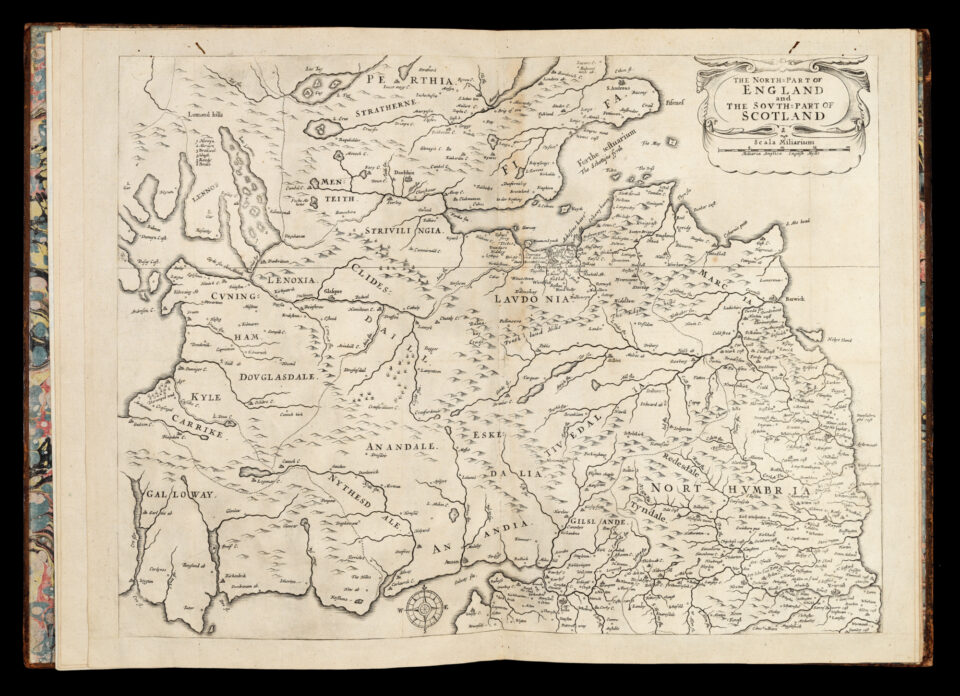