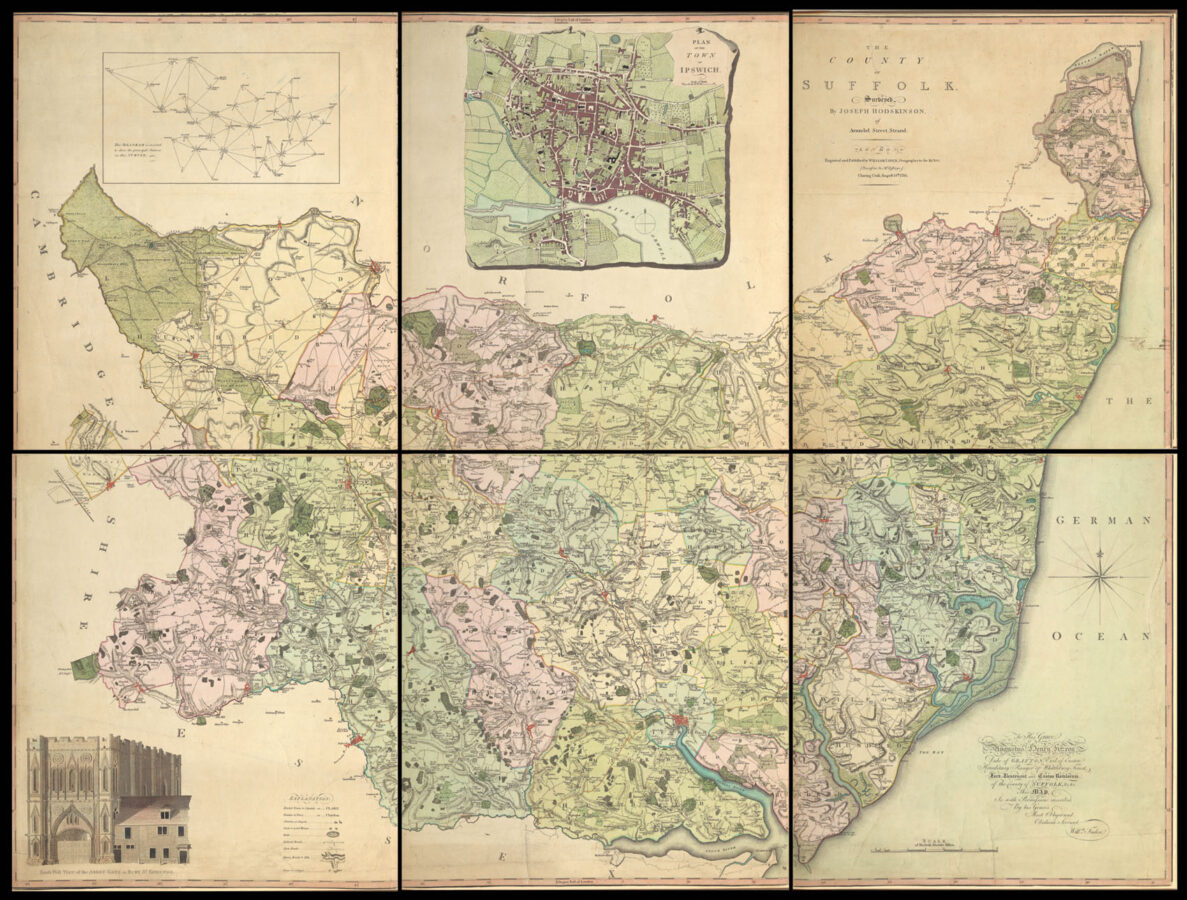 The County of Suffolk Surveyed By Joseph Hodskinson, of Arundel Street Strand.

Proposals for Hodskinson’s map of Suffolk were published in Marsh 1780 with an apology for the delay caused by the death of his assistant, Andrew Dury, in 1778. It was anticipated that the map would be published in 1781 for 1 1/2 guineas but it was 1783 before it finally appeared. Hodskinson had already engraved large-scale surveys of Bedfordshire in 1765, for Thomas Jefferys, and Cumberland in 1771 for Donald — he followed this up by surveying the county of Suffolk himself. It was engraved by William Faden who was always less flamboyant than such predecessors as Rocque and Jefferys. If the decoration is a little severe, one cannot fault the detail and it well deserved its award from the Society of Arts of a Gold Medal. There is a view of the Abbey Gate of Bury St Edmunds and an unusual feature is the diagram on the top of the left-hand sheet showing ​“The Principal Stations in the Survey”, including Bury St Edmunds, Lavenham, Croxton, Brevenham, Naughton, Stonham, Framlingham and Woodbridge. Finally there is a beautifully engraved plan of Ipswich on a scale of 66 yards to 1 inch showing excellent detail of both the town centre and its outskirts.