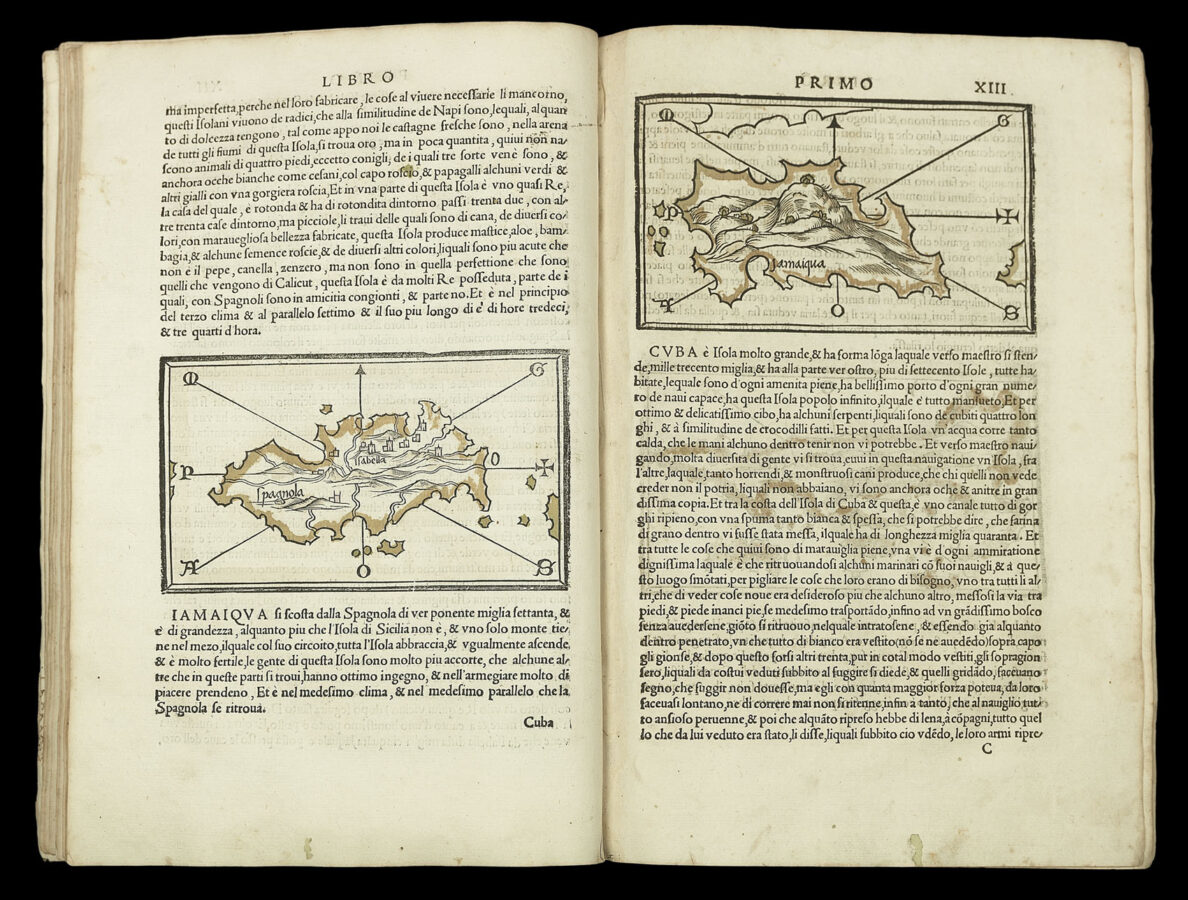 [Maps of Hispaniola and Jamaica]

Maps showing islands in the Greater Antilles. On the left, Hispaniola; on the right, Jamaica.