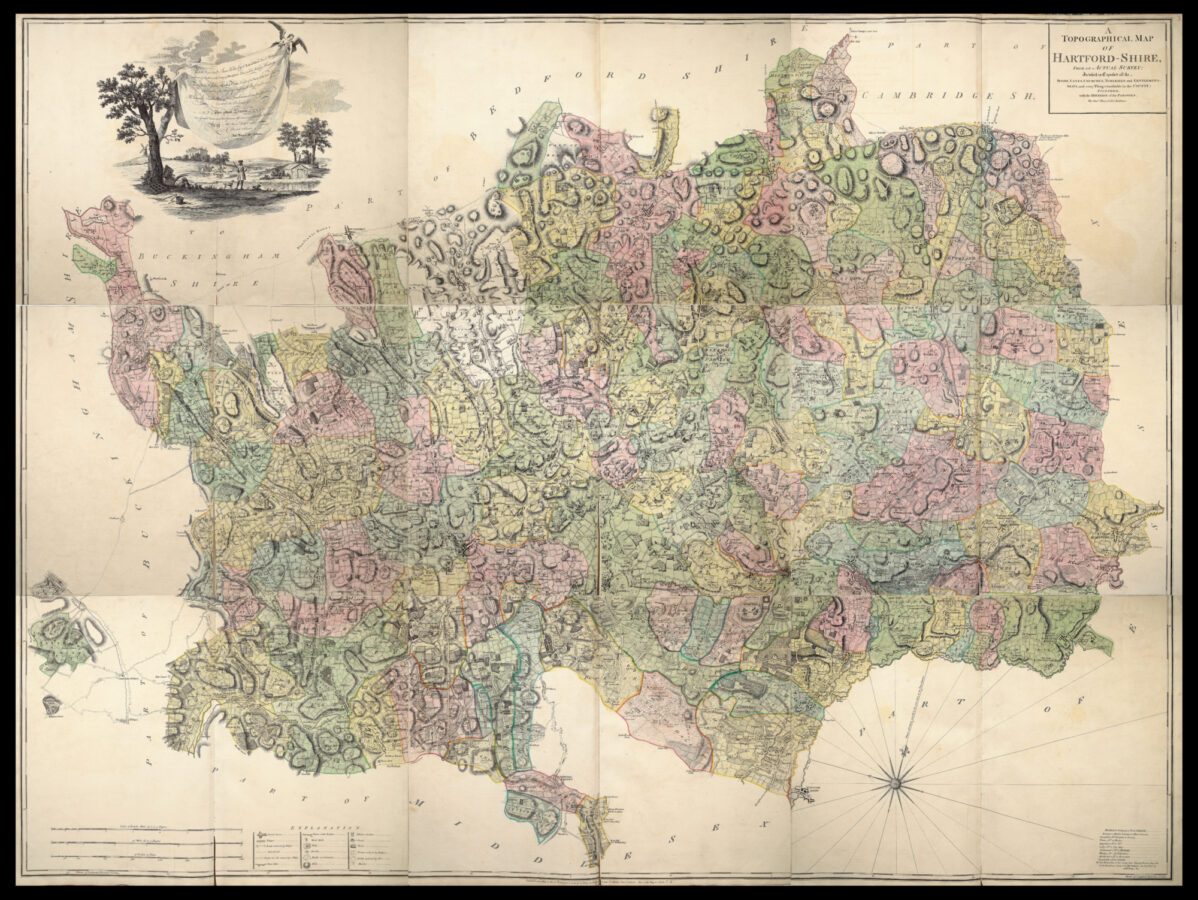 A Topographical Map of Hertfordshire from an Actual Survey; in which is Expressed all the roads, lanes, churches, noblemen, and gentlemen’s — seats, and every thing remarkable in the County: together with the divisions of the parishes. By Andw. Dury, Jno. Andrews.

John Andrews and Andrew Dury were responsible for three large scale eighteenth century county surveys: the present map — Hertfordshire 1766 , Kent 1769, and Wiltshire in 1773. All three surveys are on a scale of two inches to one mile. The majority of the large scale maps were on a scale of one inch to one mile. This larger scale allowed for much greater detail; and the map depicts hills, woods and barrows, commons heaths and parks, rivers, ponds and wells, bridges and windmills, churches and chapels, towns, villages and parishes, gentlemen’s seats, farms and houses, turnpikes, secondary roads and lanes, county and hundred boundaries.

A note on the map reads ​“NB The Western Part of this County from Chipping Barnet along the North Road was Survey’d by John Andrews, the East Part by Andrew Dury etc”. Dury was a London book-seller who probably put up most of the capital for the project. The map, which sold for £1.16s. in sheets, is functional rather than decorative, the title being contained in a simple rectangle. The only decoration is provided by the dedication — a large vignette engraving incorporating a hunting scene with the names of various nobility on a banner in the sky. Although the name of the map’s engraves is not given, it could be possibly have been John Cheevers who engraved the town plans that were published by Dury around the same time.