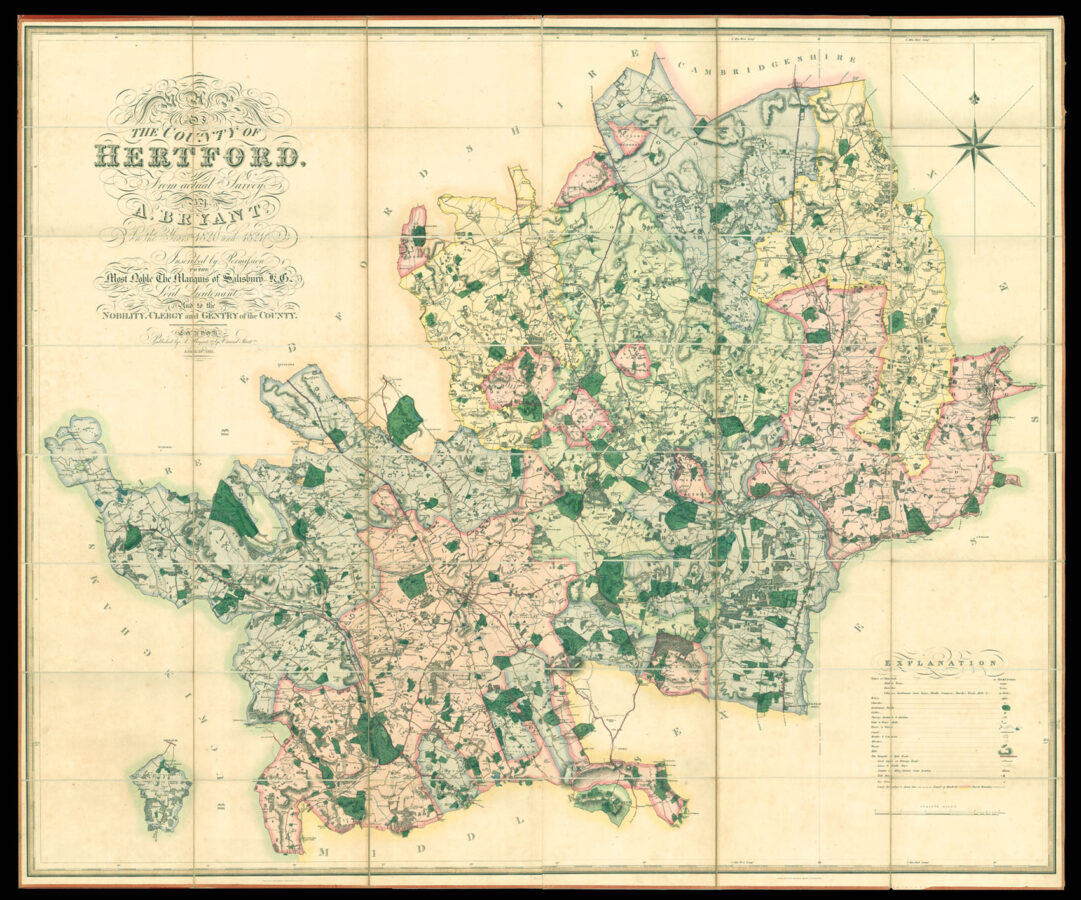 Map of the County of Hertford from an actual Survey by A. Bryant. In the Years 1820 and 1821. Inscribed by Permission to the Most Noble Marquis of Salisbury K.G. Lord Lieutenant And to the Nobility, Clergy and Gentry of the County.